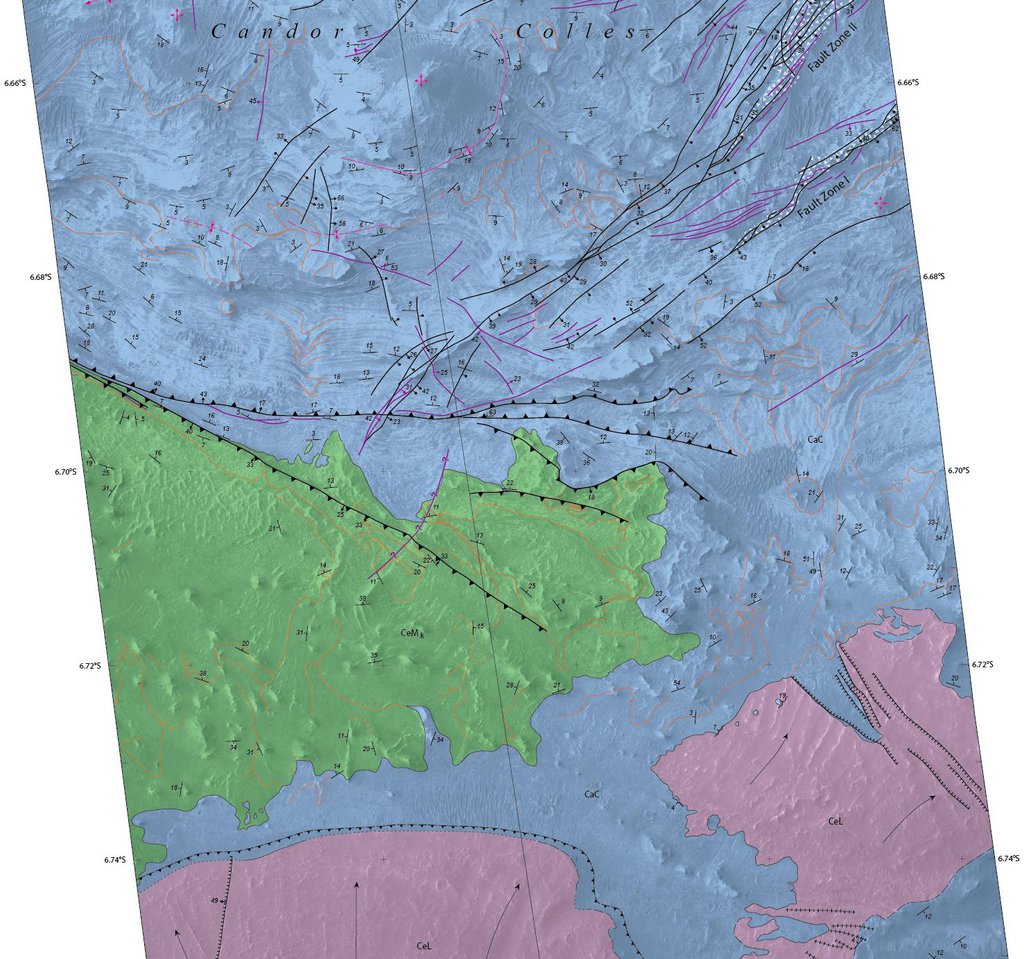 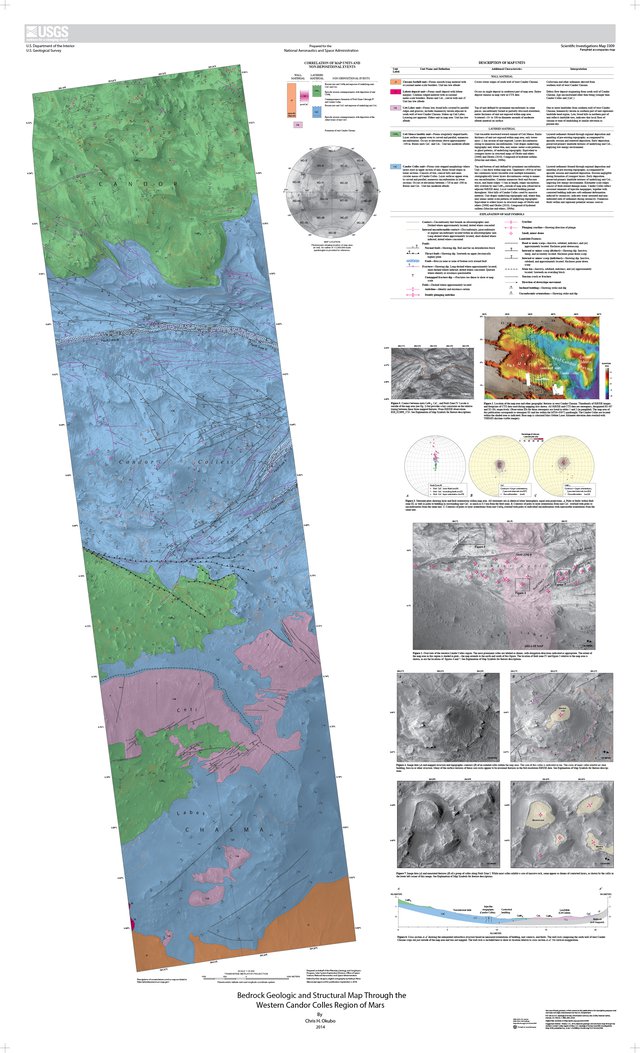 Details of hilly terrain within a large Martian canyon are shown on a geological map based on observations from NASA's Mars Reconnaissance Orbiter and produced by the U.S. Geological Survey Astrogeology Science Center, Flagstaff, Arizona.

The map shows the structure and geology of a western portion of Mars' Candor Chasma, one of the largest canyons within the longest canyon system in the solar system, Valles Marineris. Landforms in the upper portion of this excerpt from the full map include a series of hills called Candor Colles.

The notations on the image are explained in the legend with the full map, at Figure 1 and http://pubs.usgs.gov/sim/3309/.

The geological analysis presented in this USGS mapping indicates that the canyon once held lakes, which filled with sediments. Shaking of the sediments by "marsquakes" related to faults in the region produced the hilly landforms of Candor Colles.

The map is based on observations by the High Resolution Imaging Science Experiment (HiRISE) camera, one of six science instruments on the Mars Reconnaissance Orbiter. The University of Arizona, Tucson, operates HiRISE, which was built by Ball Aerospace & Technologies Corp., Boulder, Colo. NASA's Jet Propulsion Laboratory, a division of the California Institute of Technology in Pasadena, manages the Mars Reconnaissance Orbiter Project for NASA's Science Mission Directorate, Washington.