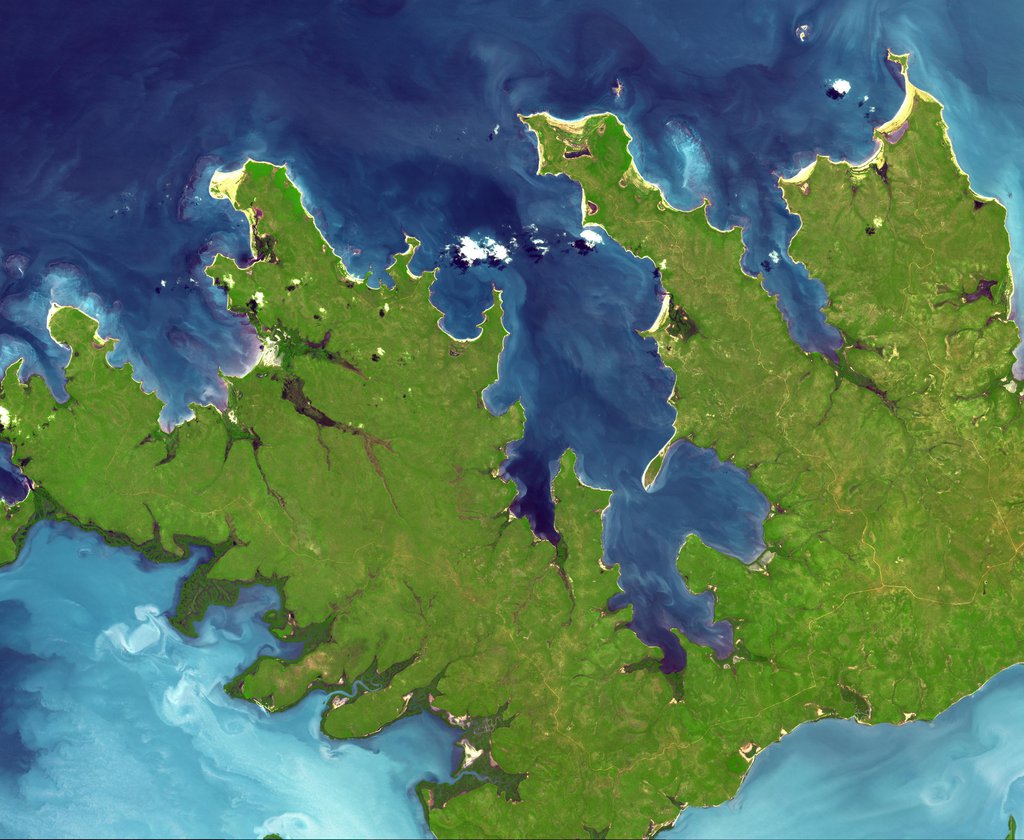 At the northern tip of Northern Territory, Australia, the Garig Gunak Barlu National Park spans the entire Cobourg Peninsula. Nearly the whole peninsula is Aboriginal land, and the park is managed as a sanctuary under the direction of traditional Aboriginal landowners. The first wetlands to be declared "Wetlands of International Importance" by the Ramsar Convention on Wetlands International Treaty are located in this park. The image was acquired April 12, 2016, covers an area of 48.2 by 58.6 km, and is located at 11.3 degrees south, 132.2 degrees east.