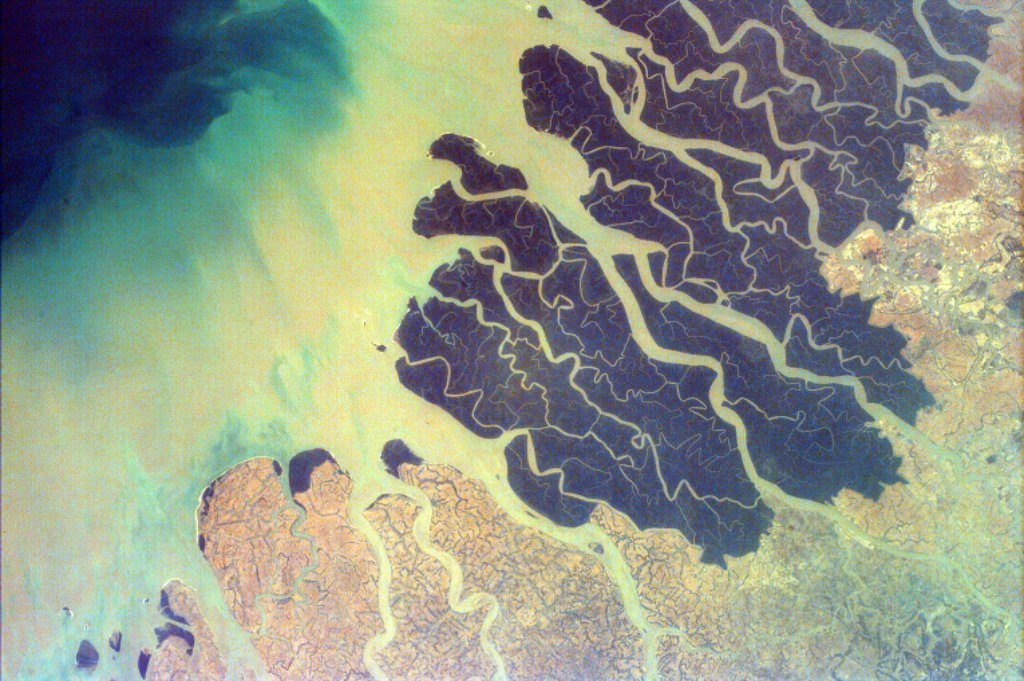 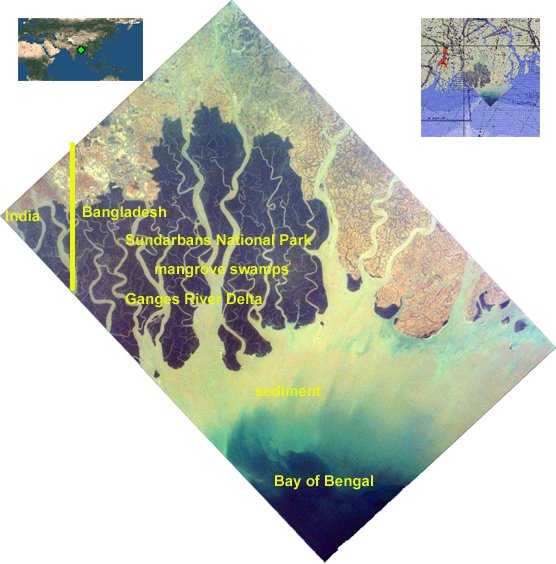 South of the confluence of the Ganges and Brahmaputra Rivers (not shown in this image) and north of the Bay of Bengal, lies the vast Ganges Delta which is about 220 miles (350 kilometers) wide. As the rivers empty, they carry large quantities of sediment into the Bay of Bengal. Parts of this delta, in fact the world's largest, lie in both Bangladesh and the State of West Bengal, India. The very dark part of the delta is the Sundarbans, a vast wildlife preserve and abundant mangrove swamp that is the largest remaining habitat of the Bengal tiger. The entire low-lying region is plagued almost yearly by severe storm surges and powerful low-pressure cyclones (the monsoons) that arrive from the Bay of Bengal. The summer monsoon causes flooding, heavy damage to crops and shelters, and loss of human life. The Ganges River is the most sacred river of India. Many Hindus come to get healed, to wash away their sins, or to die at the river if they are ill or elderly. When a person dies, they are taken to the "purifying stream" and then dipped in the Ganges before being cremated. The Hindus then scatter the ashes across the river.

This image was taken from the Space Shuttle on January 13, 1997.