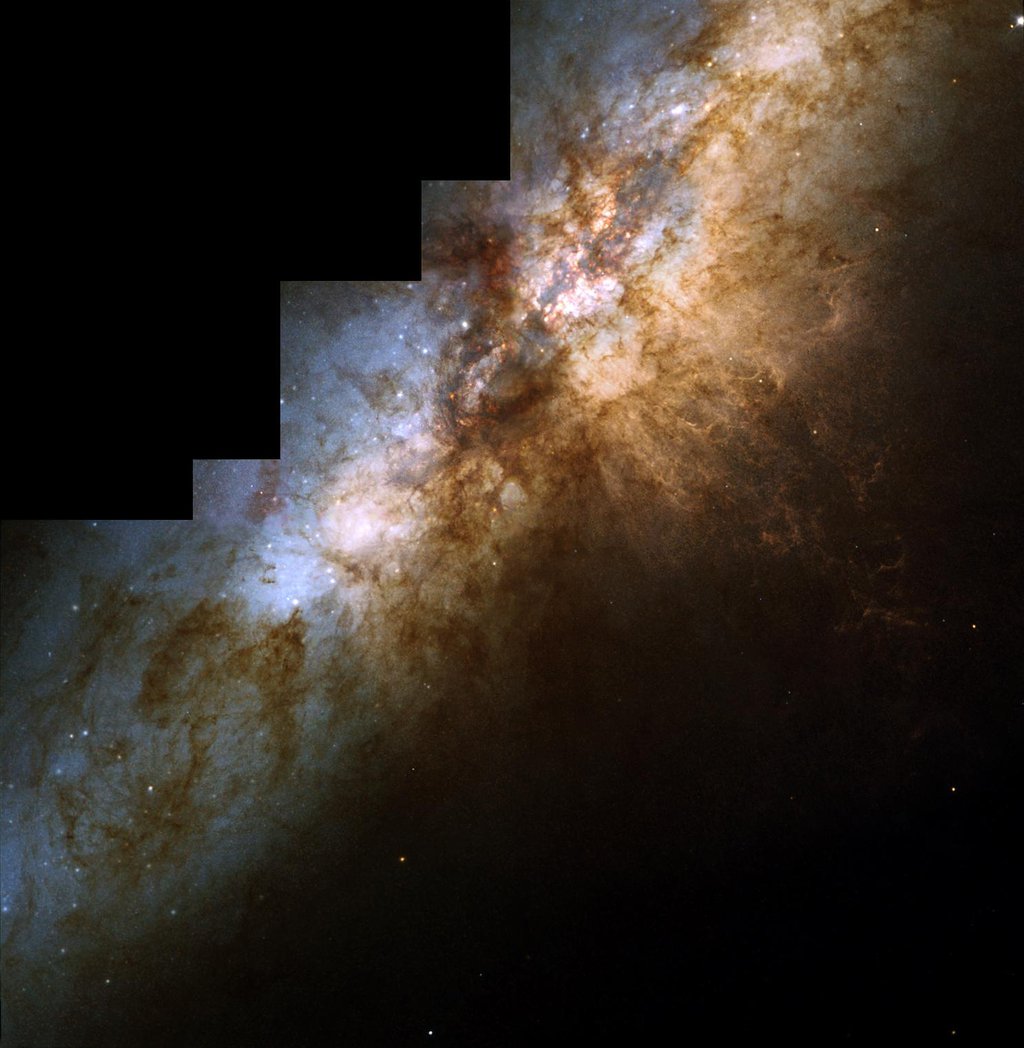 A colorful image showing violent star formation triggered when two galaxies bumped into each other has been captured by NASA's Hubble Space Telescope.

In the image, the starburst galaxy M82 has a disturbed appearance caused by violent activity after an ancient encounter with its large galactic neighbor, M81. The image, taken by Hubble's Wide Field and Planetary Camera 2, designed and built by NASA's Jet Propulsion Laboratory, Pasadena, Calif., is online at http://hubblesite.org/newscenter/archive/releases/2001/08/image/f/.

The huge lanes of dust that crisscross M82's disk are another telltale sign of the flurry of star formation. Below the center and to the right, a strong galactic wind is spewing knotty filaments of hydrogen and nitrogen gas. More than 100 super star clusters—very bright, compact groupings of about 100,000 stars—appear as white dots sprinkled throughout the galaxy's central area. The dark area just above center is a huge dust cloud.

A collaboration of European and American scientists used these clusters to date the interaction between M82 and M81 to about 600 million years ago, when a region called M82 B (the bright area just below and to the left of the central dust cloud) exploded with new stars. Scientists have found that this ancient starburst was triggered by the encounter with M81. The results are published in the February 2001 issue of the Astronomical Journal.

This discovery provides evidence linking the birth of super star clusters to violent interaction between galaxies. These clusters also provide insight into the rough-and-tumble universe of long ago, when galaxies bumped into each other more frequently.

M82 is located 12 million light-years from Earth in the constellation Ursa Major. The picture was taken Sept. 15, 1997. The natural-color composite was constructed from three exposures taken with blue, green and red filters.