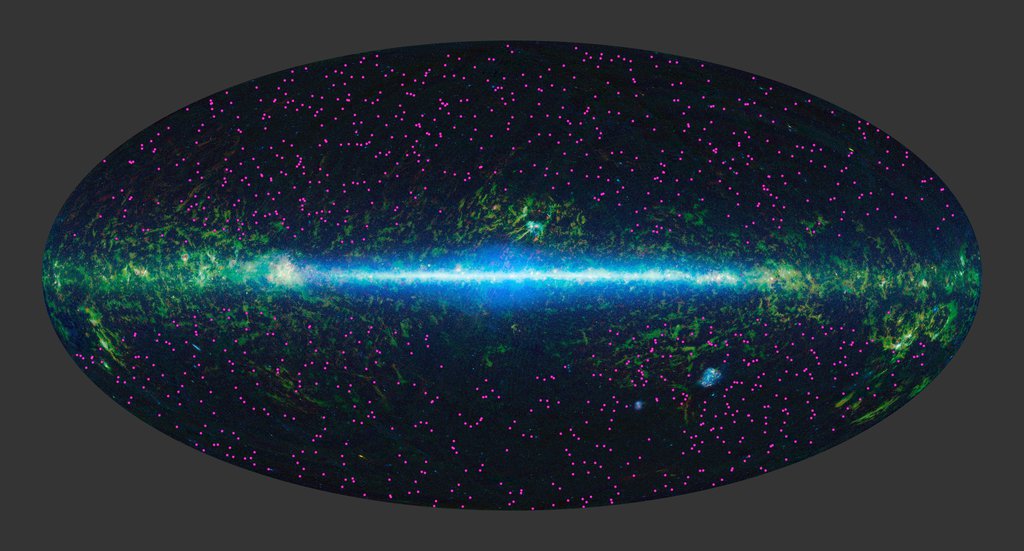 NASA's Wide-field Infrared Survey Explorer (WISE) has identified about 1,000 extremely obscured objects over the sky, as marked by the magenta symbols. These hot dust-obscured galaxies, or "hot DOGs," are turning out to be among the most luminous, or intrinsically bright objects known, in some cases putting out over 1,000 times more energy than our Milky Way galaxy.