From 'Marathon Valley' to Gully on Endeavour Rim 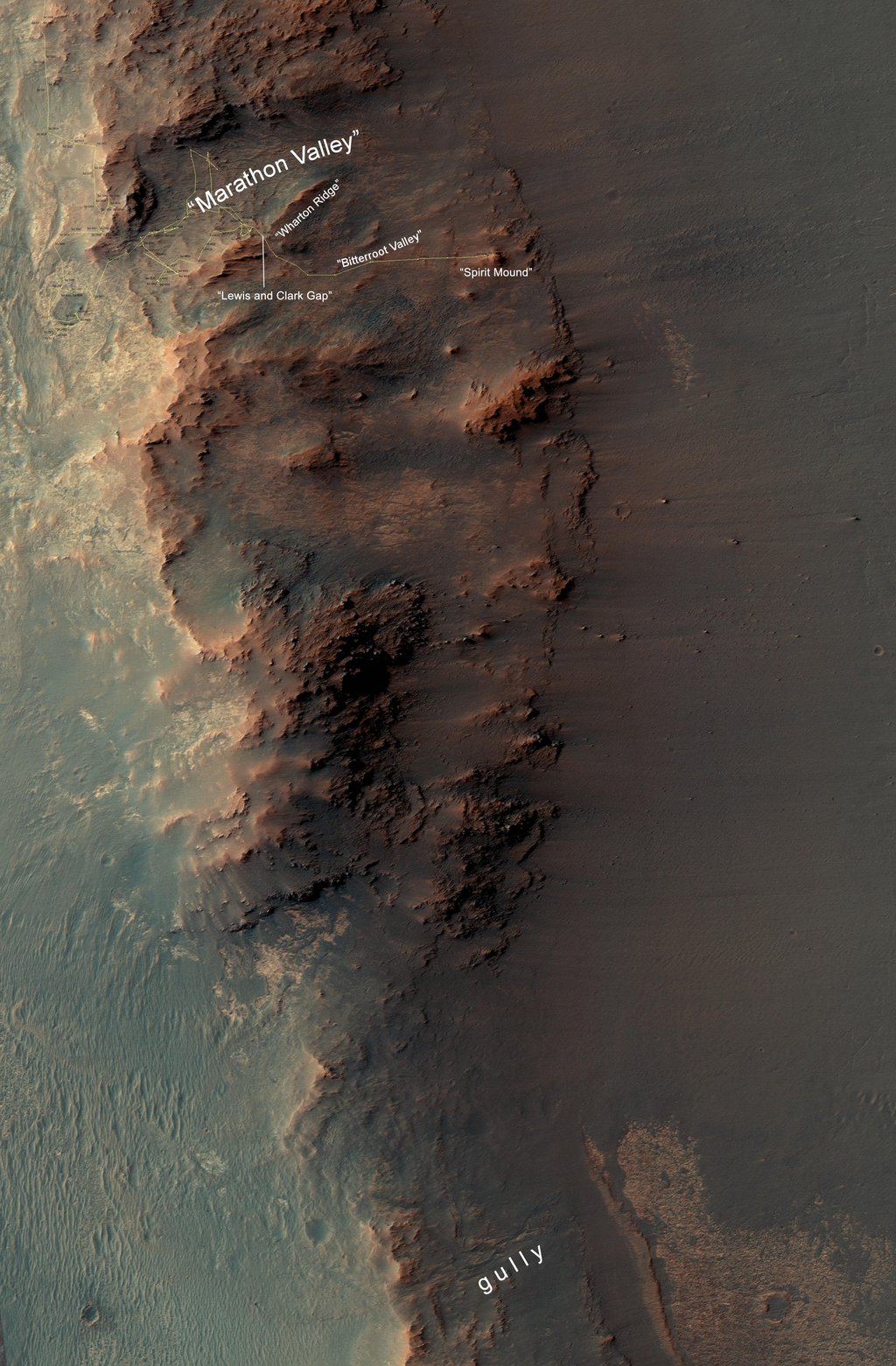 This map show a portion of Endeavour Crater's western rim that includes the "Marathon Valley" area investigated intensively by NASA's Mars Exploration Rover Opportunity in 2015 and 2016, and a fluid-carved gully that is a destination to the south for the mission.

The width of the area covered in the map is about half a mile (about 800 meters). North is up. Opportunity entered the northern end of the mapped area in January 2015 and entered Marathon Valley in July 2015. A gold line on the map, which may not be visible without zooming into the image, shows the rover's route. Opportunity departed Marathon Valley in September 2016 by driving southward through "Lewis and Clark Gap" into "Bitterroot Valley."

The gully near the south end of the map was incised into Endeavour's rim long ago by a fluid, possibly a water-lubricated debris flow or a flow with mostly water. Driving into this gully to learn more about that flow is one of the goals for a two-year mission extension taking Opportunity through September 2018.

A map showing wider context of Opportunity's route from its January 2004 landing in Eagle Crater to Endeavour Crater and Marathon Valley is at PIA19154.

Opportunity completed its three-month prime mission in April 2004 and has continued operations in bonus extended missions. It has found several types of evidence of ancient environments with abundant liquid water. NASA's Jet Propulsion Laboratory, a division of Caltech in Pasadena, California, built and operates Opportunity and manages the Mars Exploration Rover Project and the Mars Reconnaissance Orbiter for the NASA Science Mission Directorate, Washington. The University of Arizona, Tucson, operates HiRISE, which was built by Ball Aerospace & Technologies Corp. of Boulder, Colorado.