For a Decade Orbiting Mars: One Recent View 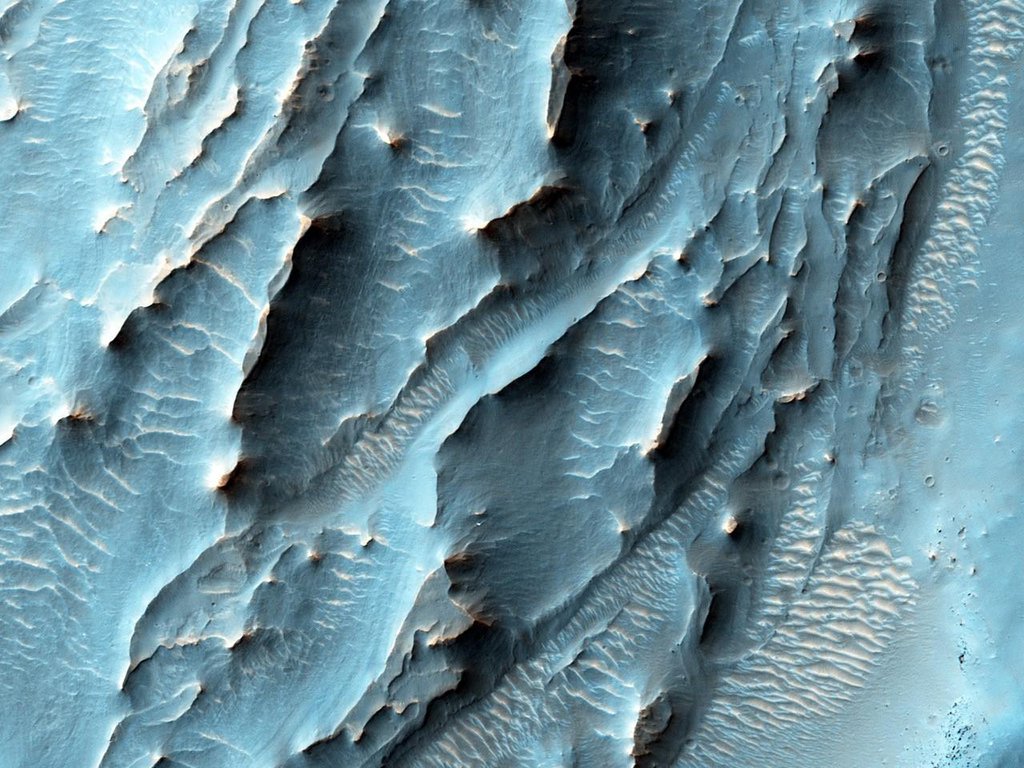 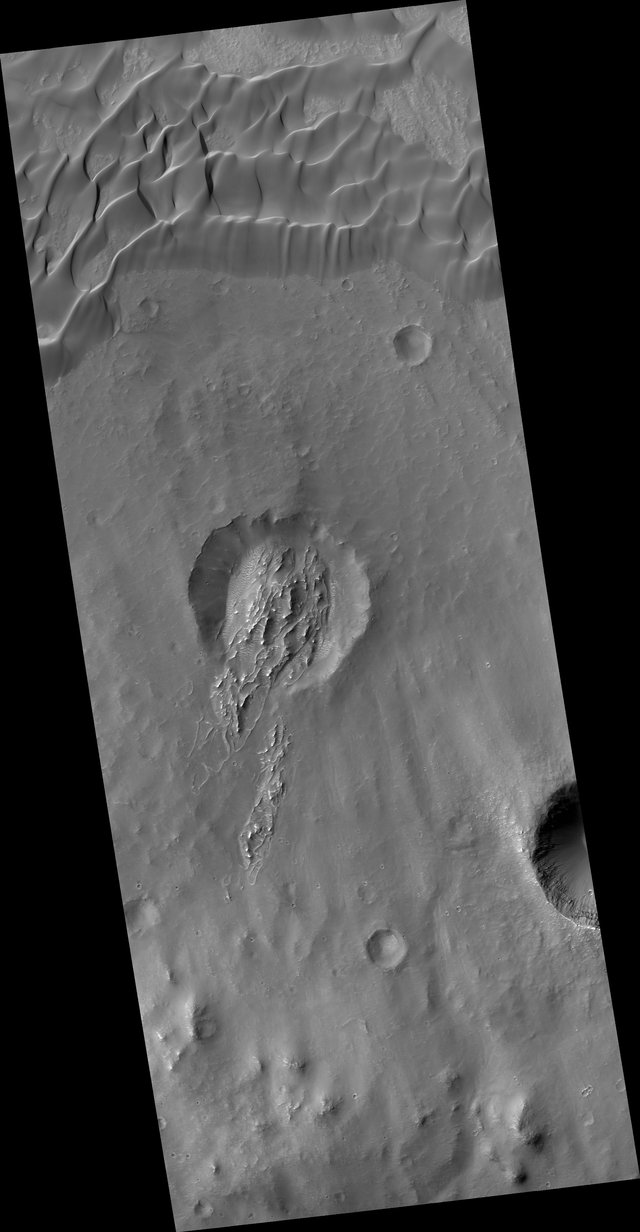 NASA's Mars Reconnaissance Orbiter, nearing the 10th anniversary of its arrival at Mars, used its High Resolution Imaging Science Experiment (HiRISE) camera to obtain this view of an area with unusual texture on the southern floor of Gale Crater.

This area shown hosts many distinctive landforms in a different part of Gale Crater from where NASA's Curiosity rover is working. This view spans about half a mile or one kilometer across, with north toward the top. It shows about half of the floor area of a small crater lying within Gale Crater, which is 96 miles (154 kilometers) in diameter. An enigmatic deposit appears to have flowed into the small crater from the south.

HiRISE is one of six instruments on the Mars Reconnaissance Orbiter. The University of Arizona, Tucson, operates HiRISE, which was built by Ball Aerospace & Technologies Corp., Boulder, Colorado. NASA's Jet Propulsion Laboratory, a division of the California Institute of Technology in Pasadena, manages the Mars Reconnaissance Orbiter Project for NASA's Science Mission Directorate, Washington. Lockheed Martin Space Systems, Denver, built the orbiter and collaborates with JPL to operate it.