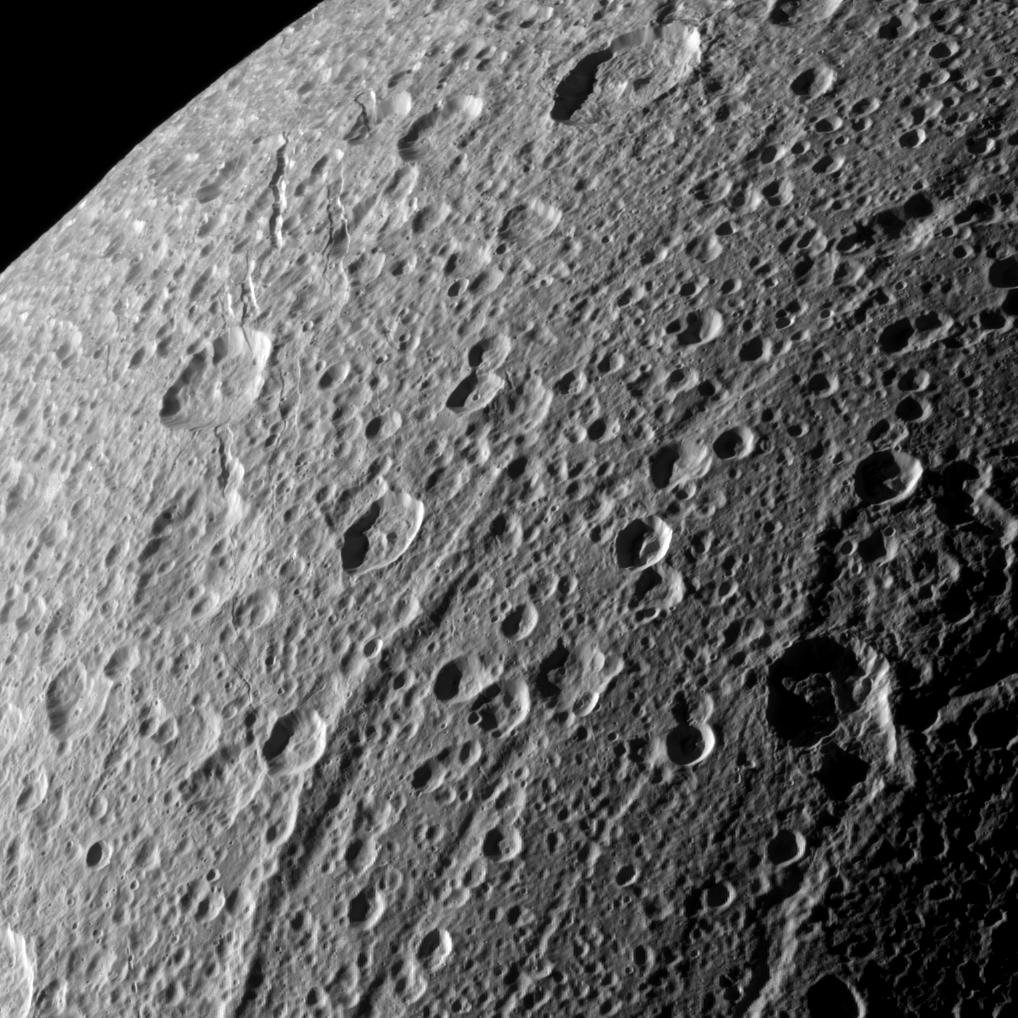 The Cassini spacecraft swooped in for a close-up of the cratered, fractured surface of Saturn's moon Dione in this image taken during the spacecraft's Jan. 27, 2010, non-targeted flyby.

This view looks toward the leading hemisphere of Dione (1,123 kilometers, or 698 miles across). North on Dione is up. The image was taken in visible light with the Cassini spacecraft narrow-angle camera. The view was acquired at a Sun-Dione-spacecraft, or phase, angle of 108 degrees. Image scale is 270 meters (886 feet) per pixel.