Fluorescence Map of a Greenland Borehole 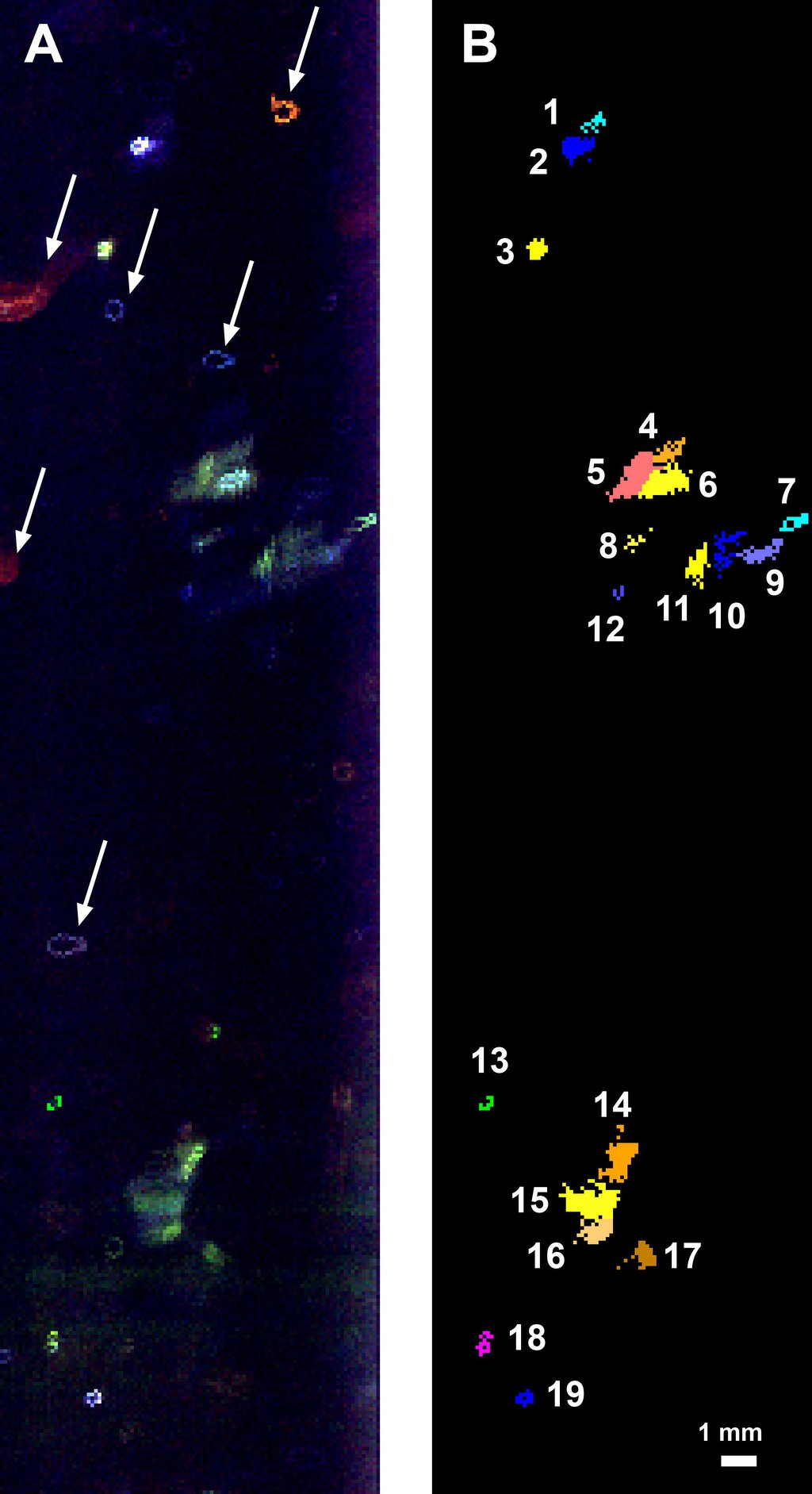 This fluorescence map of the inside wall of an ice borehole near Greenland's Summit Station was produced at a depth of 307.7 feet (93.8 meters) into the ice sheet by the WATSON (Wireline Analysis Tool for the Subsurface Observation of Northern ice sheets) instrument. Recorded during a 2019 field test of the WATSON instrument, the left panel shows the variety of biosignatures that were detected in the ice — different colors represent different organic molecules, some of which are likely microbes. The arrows highlight artifacts on the instrument's optical window, not biosignatures in the ice.

In the right panel, the biosignature detections have been colorized to indicate the different features detected. Blotches that are the same color are likely made of the same chemicals. The numbers list the different and distinct features that WATSON detected at that depth in the ice.

WATSON could one day be launched aboard a robotic mission to seek out biosignatures on the ocean moons of Enceladus, Europa, or even Titan. The WATSON team hopes to test the instrument in a variety of cold locations on Earth to see how the distribution and variety of biosignatures change depending on where they are. By testing WATSON in different "Earth analogs," scientists would be able to better understand the chemical fingerprints of any biosignatures detected on other worlds.