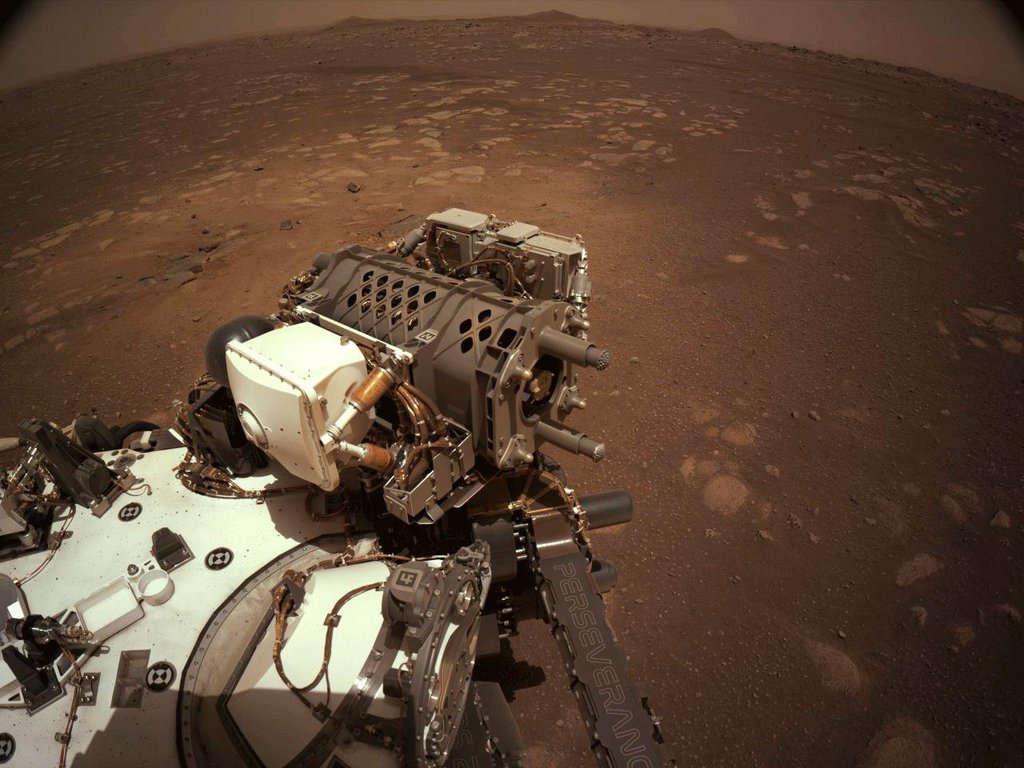 This set of images shows parts of the robotic arm on NASA's Perseverance rover flexing and turning during its first checkout after landing on Mars. These images were taken by Perseverance's Navigation Cameras on March 3, 2021.