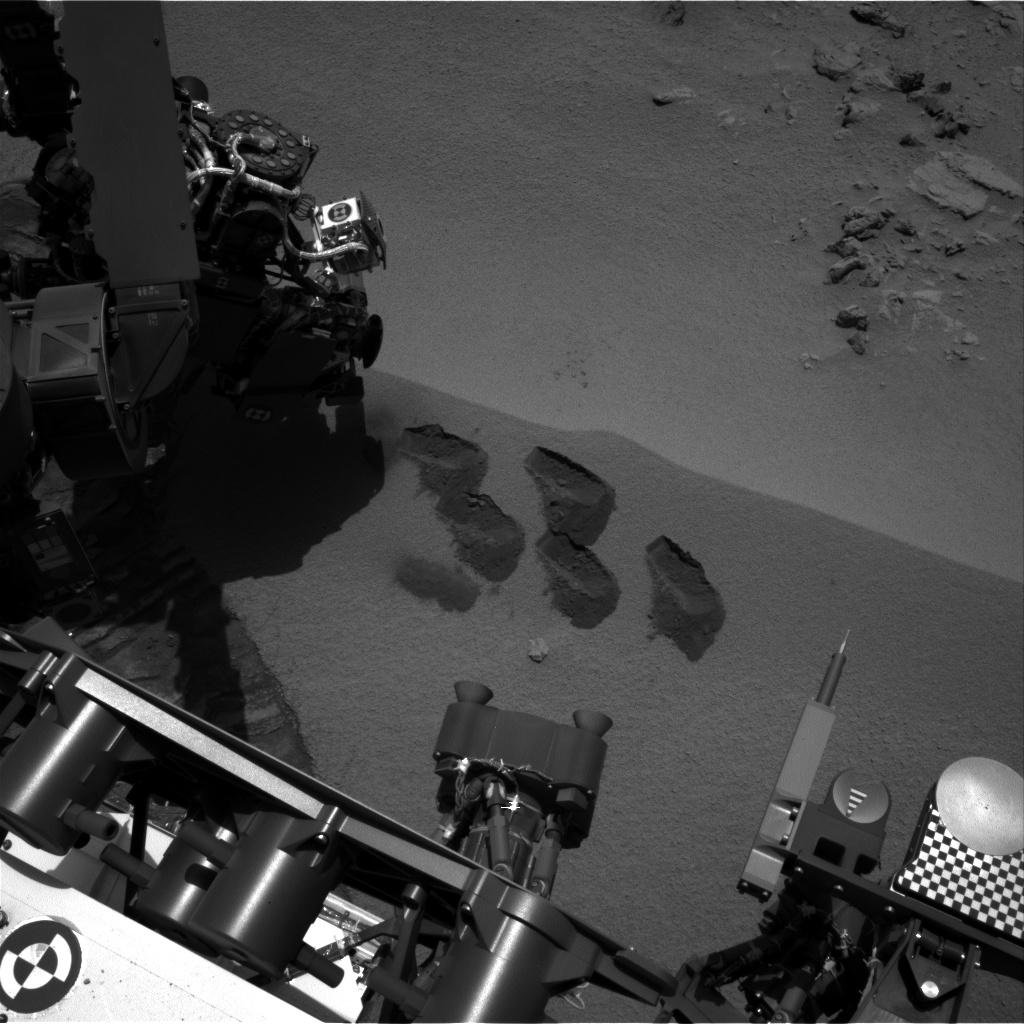 NASA's Mars rover Curiosity used a mechanism on its robotic arm to dig up five scoopfuls of material from a patch of dusty sand called "Rocknest," producing the five bite-mark pits visible in this image from the rover's left Navigation Camera (Navcam). Each of the pits is about 2 inches (5 centimeters) wide.

The fifth scoopful at Rocknest -- leaving the upper middle bite mark -- was collected during the mission's 93rd Martian day, or sol (Nov. 9, 2012). This image was taken later that same sol. A sample from that fifth scoop was analyzed over the next two sols by Curiosity's Sample Analysis at Mars (SAM) suite of instruments inside the rover. A second sample from the same scoopful of material was delivered to SAM for analysis on Sol 96 (Nov. 12). No further scooping of soil samples is planned at Rocknest.

The first Rocknest scoop was collected during Sol 61 (Oct. 7). Fine sand and dust from that scoopful and two subsequent ones were used for scrubbing the inside surfaces of chambers in the sample-handling mechanism on the arm. Samples from scoops three, four and five were analyzed by the Chemistry and Mineralogy instrument inside the rover.