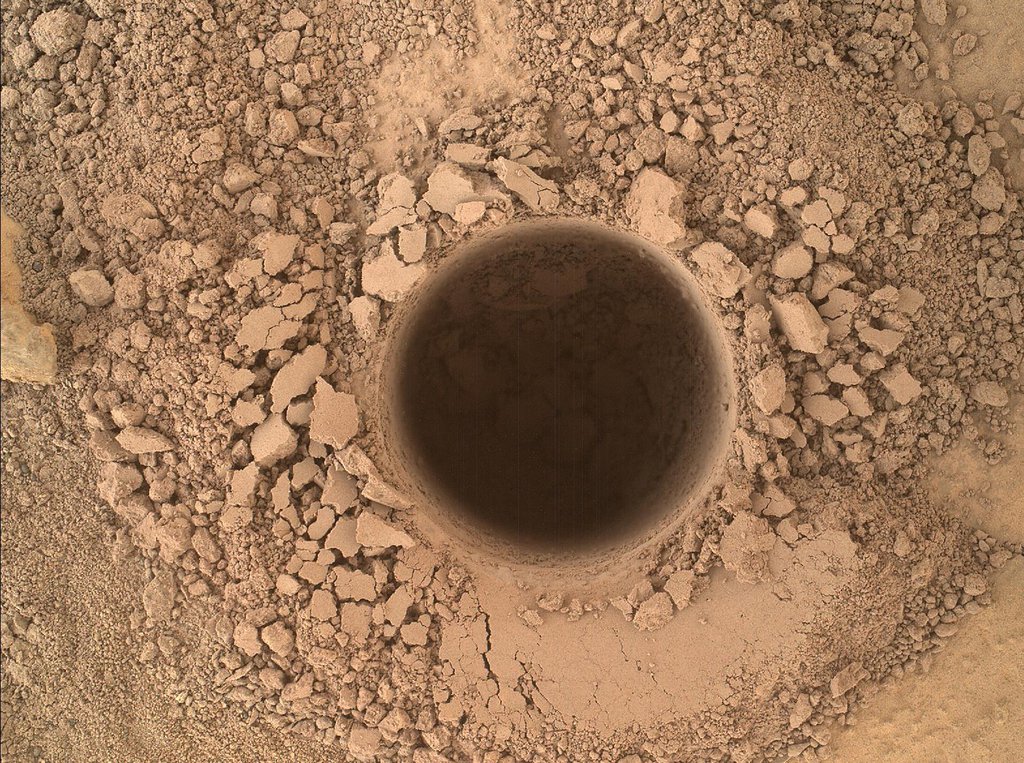 This image from the Mars Hand Lens Imager (MAHLI) camera on NASA's Curiosity Mars rover shows the first sample-collection hole drilled in Mount Sharp, the layered mountain that is the science destination of the rover's extended mission.

The hole is 0.63 inch (1.6 centimeters) in diameter and about 2.6 inches (6.7 centimeters) deep, at a target called "Confidence Hills" on the "Pahrump Hills" outcrop at the base of the mountain.

This is a merged-focus image product combining information from multiple images that MAHLI took from a position 2 inches (5 centimeters) away from the target. The images were taken on Sept. 24, 2014, during the 759th Martian day, or sol, of Curiosity's work on Mars.