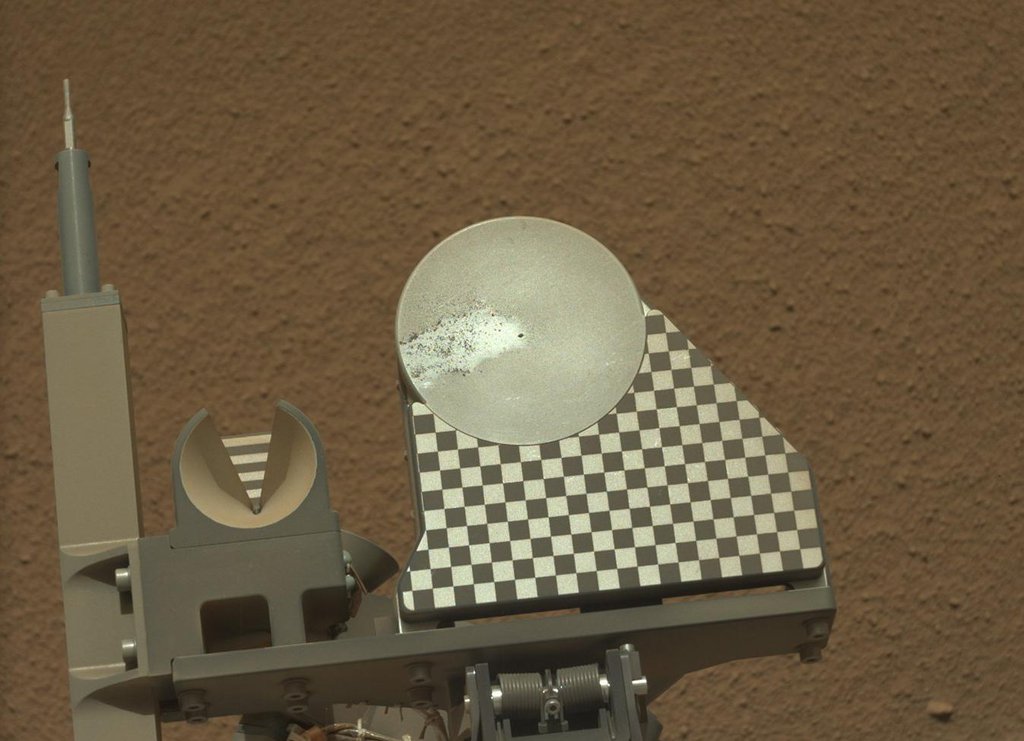 The robotic arm on NASA's Mars rover Curiosity delivered a sample of Martian soil to the rover's observation tray for the first time during the mission's 70th Martian day, or sol (Oct. 16, 2012). This image taken later that same sol by the rover's left Mast Camera shows how wind or vibration or both affected the sample after delivery, moving much of it off the tray to the left in this view. The tray is 3 inches (7.8 centimeters) in diameter.

The sample came from the third scoopful of material collected at the "Rocknest" patch of windblown dust and sand.