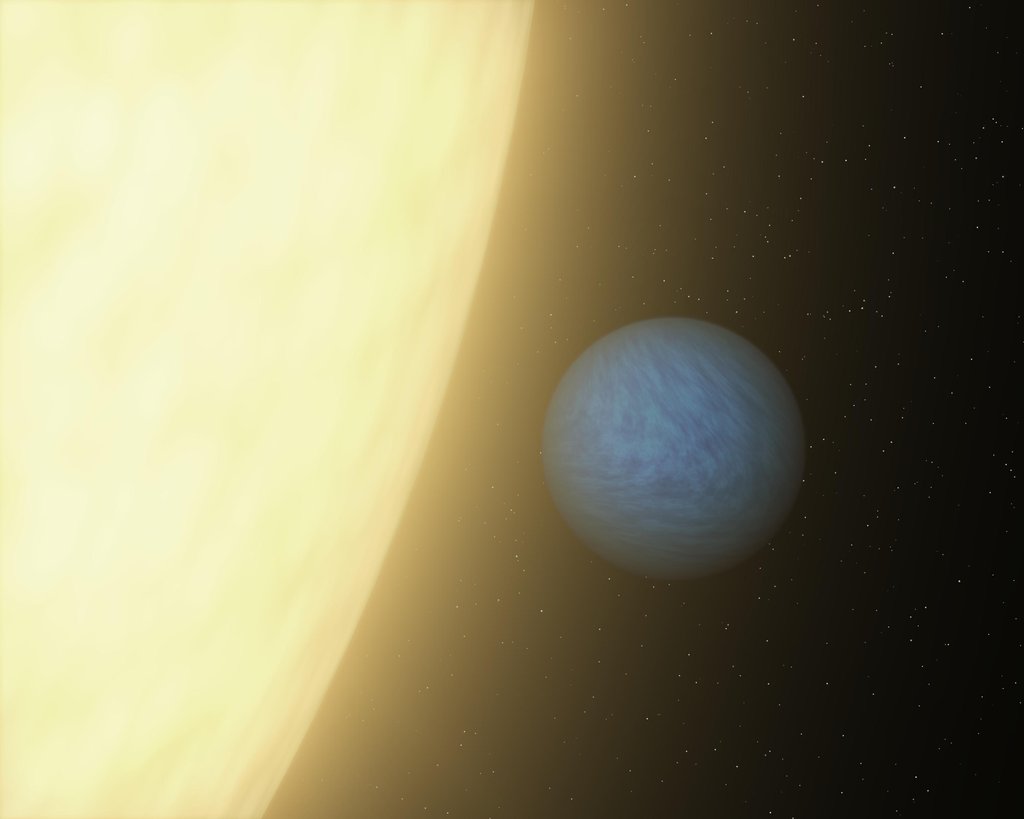 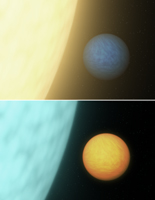 Super Earths are exotic planets unlike any in our solar system. They are more massive than Earth yet lighter than gas giants like Neptune, and they can be made of gas, rock or a combination of both. There are about 70 known to circle stars beyond our sun, and NASA's Kepler mission has detected hundreds of candidates. These planets' relatively small sizes make them very hard to see.

Seen here in this artist's concept, the planet is called 55 Cancri e. It's a toasty world that rushes around its star every 18 hours. It orbits so closely -- about 25 times closer than Mercury is to our sun -- that it is tidally locked with one face forever blisters under the heat of its sun. The planet is proposed to have a rocky core surrounded by a layer of water in a "supercritical" state, where it is both liquid and gas, and then the whole planet is thought to be topped by a blanket of steam.

Spitzer was able to see the light of the planet by watching it slip behind its star in what is called an occultation. Because the planet is brighter relative to its star when viewed in infrared light, Spitzer was able to measure the slight drop in total brightness that occurred as the planet disappeared from view. This technique, pioneered by Spitzer in 2005, has since been performed by other telescopes, including NASA's Hubble and Kepler space telescopes. The method can be used to obtain information about a planet's temperature, and in some cases, its composition.

In this current study, the Spitzer data revealed that 55 Cancri e is very dark and that its sun-facing side is blistering hot at 2,000 kelvins or 3,140 degrees Fahrenheit.