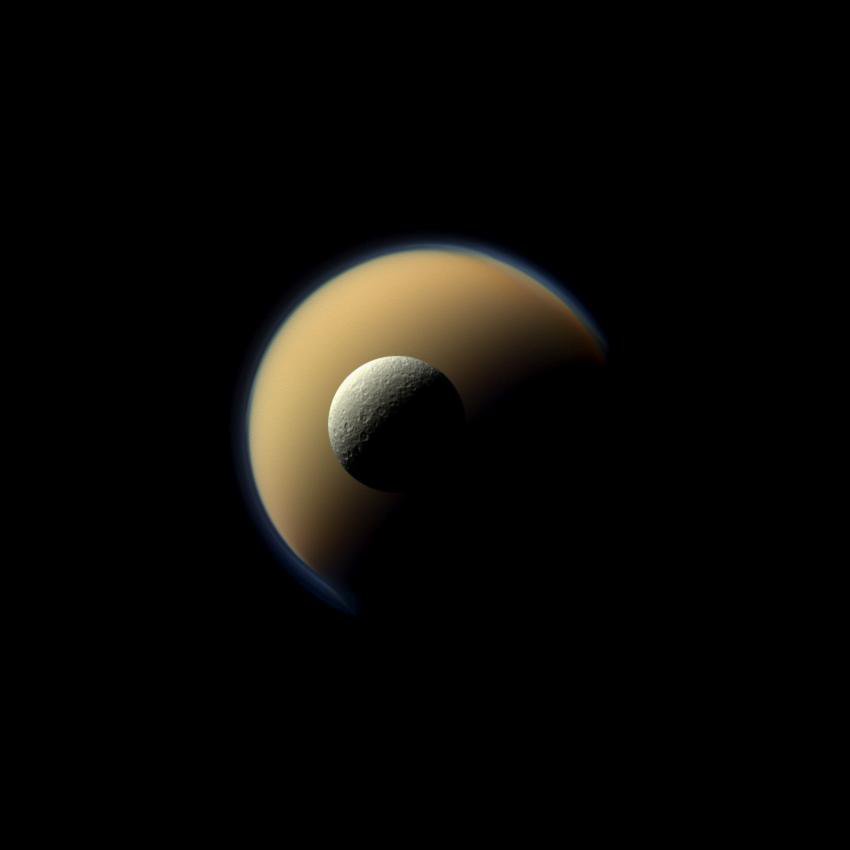 Saturn's largest and second largest moons, Titan and Rhea, appear to be stacked on top of each other in this true-color scene from NASA's Cassini spacecraft.

The north polar hood can be seen on Titan (3,200 miles or 5,150 kilometers across) appearing as a detached layer at the top of the moon on the top right. See PIA08137 to learn more about Titan's atmosphere and the north polar hood.

This view looks toward the Saturn-facing side of Rhea (949 miles or 1528 kilometers across). North on Rhea is up and rotated 35 degrees to the right.