Final Steps in Mating NuSTAR to its Rocket 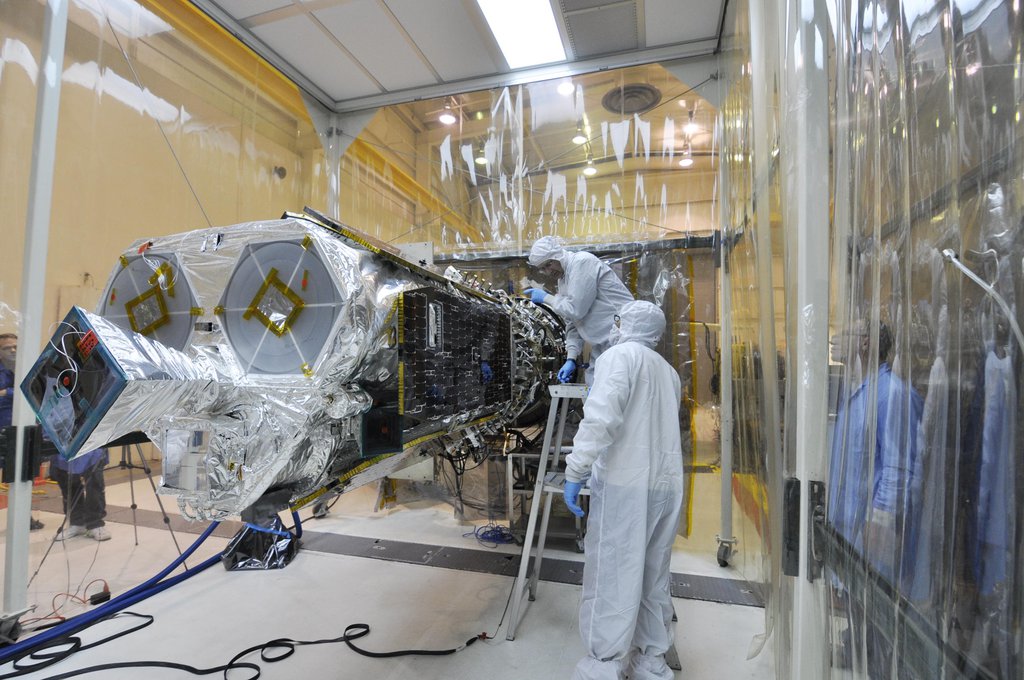 Inside an environmental enclosure at Vandenberg Air Force Base's processing facility in California, technicians complete the final steps in mating NASA's Nuclear Spectroscopic Telescope Array, or NuSTAR, and its Orbital Sciences Pegasus XL rocket following the removal of a section of the C-plate from the interface juncture. The C-plate protected the spacecraft during mating operations. The uniting of the spacecraft with the rocket is a major milestone in prelaunch preparations. After processing of the rocket and spacecraft are complete, they will be flown on Orbital's L-1011 carrier aircraft from Vandenberg to the Ronald Reagan Ballistic Missile Defense Test Site on the Pacific Ocean's Kwajalein Atoll for launch. The high-energy x-ray telescope will conduct a census of black holes, map radioactive material in young supernovae remnants, and study the origins of cosmic rays and the extreme physics around collapsed stars.

NuSTAR is a small-explorer mission managed by JPL for NASA's Science Mission Directorate. The spacecraft was built by Orbital Sciences Corporation. Its instrument was built by a consortium including Caltech, JPL, Columbia University, New York, N.Y., NASA's Goddard Space Flight Center in Greenbelt, Md., the Danish Technical University in Denmark, the University of California, Berkeley, and ATK-Goleta. NuSTAR will be operated by U.C. Berkeley, with the Italian Space Agency providing its equatorial ground station located at Malindi, Kenya. NASA's Explorer Program is managed by Goddard. JPL is managed by Caltech for NASA.