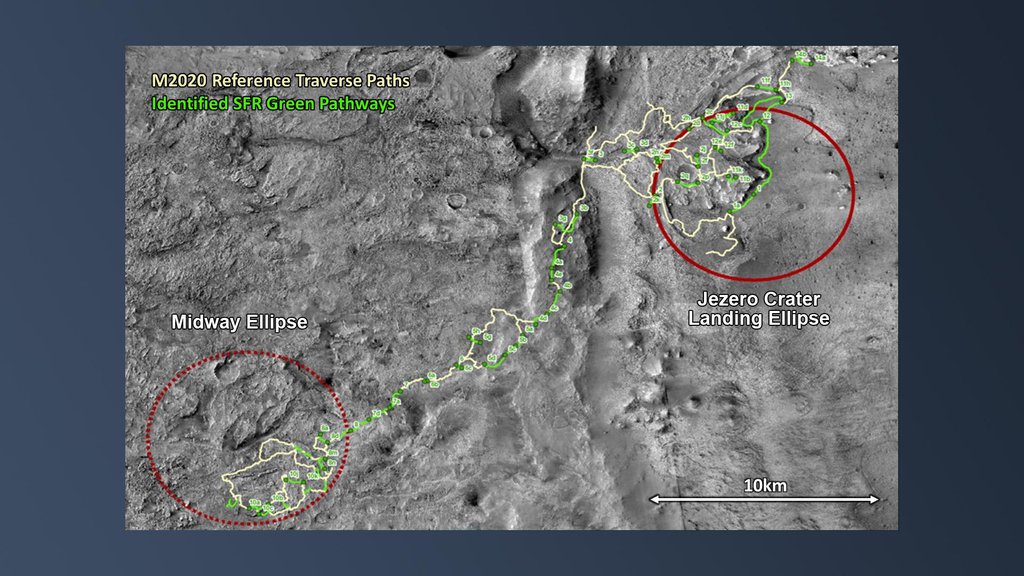 After the NASA Mars 2020 Perseverance rover mission has collected pristine samples of Mars rock and regolith (broken rock and dust) and deposited them inside collection tubes, they will be dropped off at strategic locations (called "depots") along the rover's driving route. This will be the first phase of the Mars Sample Return campaign. In the late 2020's, NASA and ESA (European Space Agency) will send the Sample Retrieval Lander (SRL) mission to Mars to collect those sample tubes from the surface.

To accomplish this, the lander will make a pinpoint landing near Perseverance's driving route and dispatch its Sample Fetch Rover (SFR) that will then drive to retrieve the sample tubes. This map shows possible driving routes (yellow lines) for Perseverance at Jezero Crater and the potential locations where the depots might be located. The green lines show possible Sample Fetch Rover pathways that can access these depot locations. The large number of possible SRL landing locations and SFR traverse pathways is indicative of the high degree of resiliency inherent in the overall Mars Sample Return architecture.