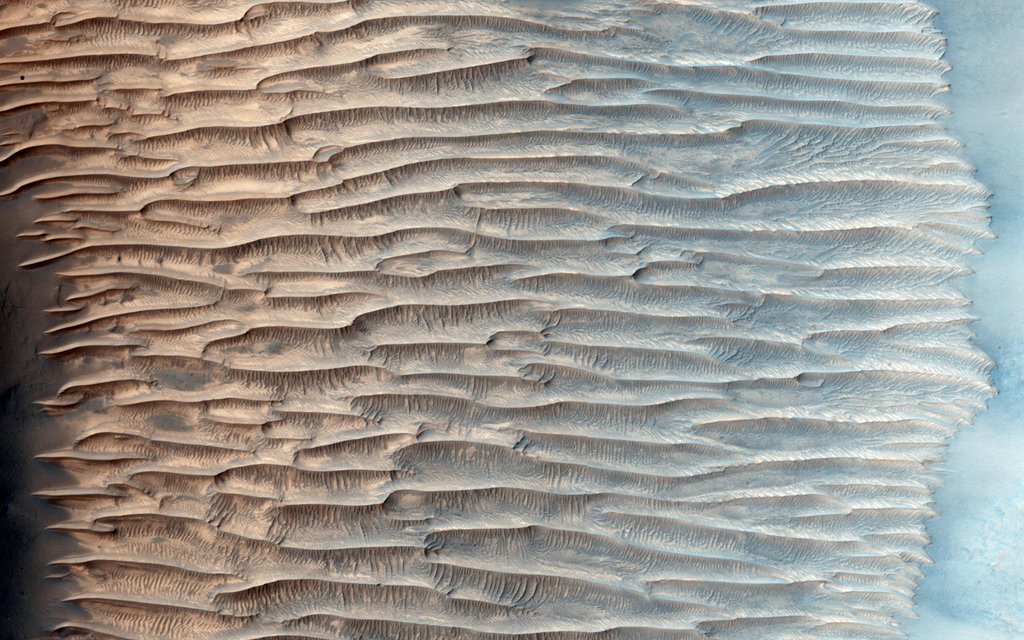 This HiRISE image shows a valley filled with an assortment of linear ridges. These ridges are often referred to as transverse aeolian ridges, or TAR, and they take a variety of forms. Here they sit at right angles to the direction of the valley, because the topography funnels the wind along the trough.