Extra X-rays at the Hub of Our Milky Way Galaxy 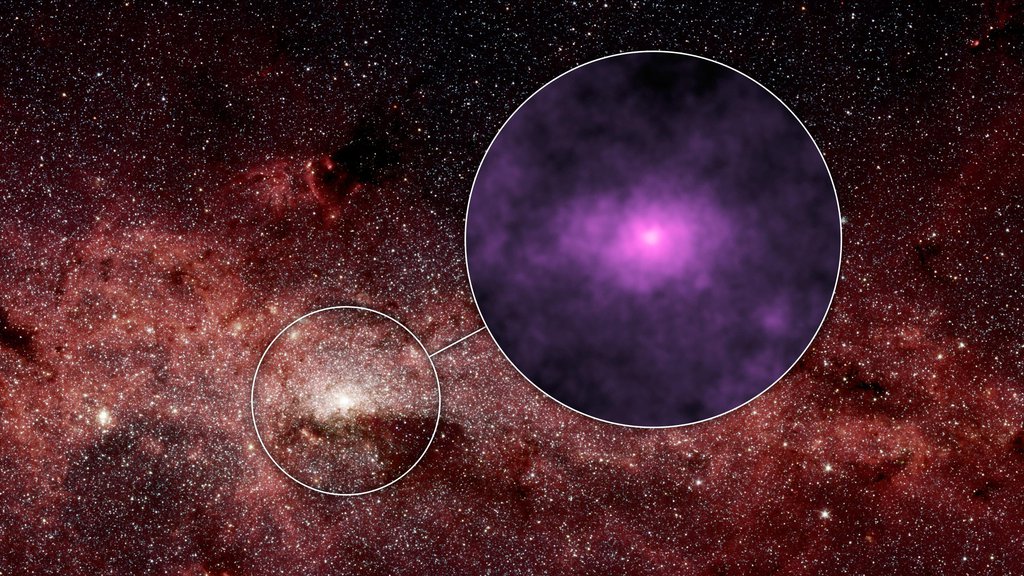 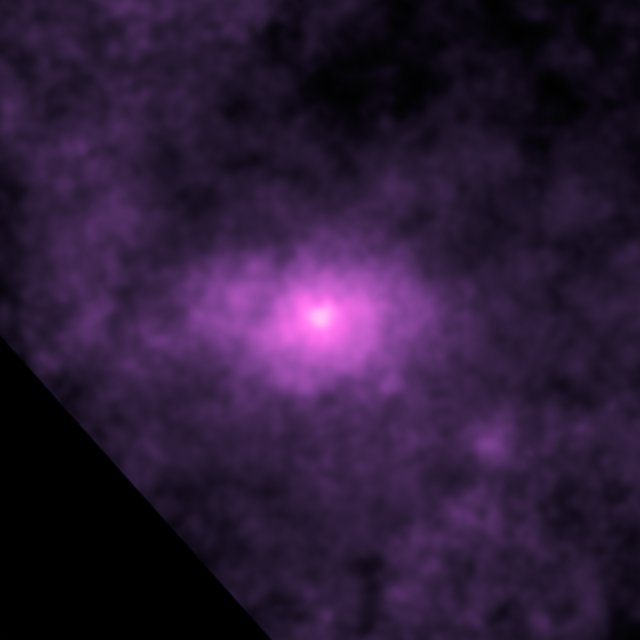 NASA's Nuclear Spectroscopic Telescope Array, or NuSTAR, has captured a new high-energy X-ray view (magenta, Figure 1) of the bustling center of our Milky Way galaxy. The smaller circle shows the area where the NuSTAR image was taken -- the very center of our galaxy, where a giant black hole resides. That region is enlarged to the right, in the larger circle, to show the NuSTAR data.

The NuSTAR picture is one of the most detailed ever taken of the center of our galaxy in high-energy X-rays. The X-ray light, normally invisible to our eyes, has been assigned the color magenta. The brightest point of light near the center of the X-ray picture is coming from a spinning dead star, known as a pulsar, which is near the giant black hole. While the pulsar's X-ray emissions were known before, scientists were surprised to find more high-energy X-rays than predicted in the surrounding regions, seen here as the elliptical haze.

Astronomers aren't sure what the sources of the extra X-rays are, but one possibility is a population of dead stars.

The background picture was captured in infrared light by NASA's Spitzer Space Telescope.

The NuSTAR image has an X-ray energy range of 20 to 40 kiloelectron volts.