Exposing the Rock in Impact Craters 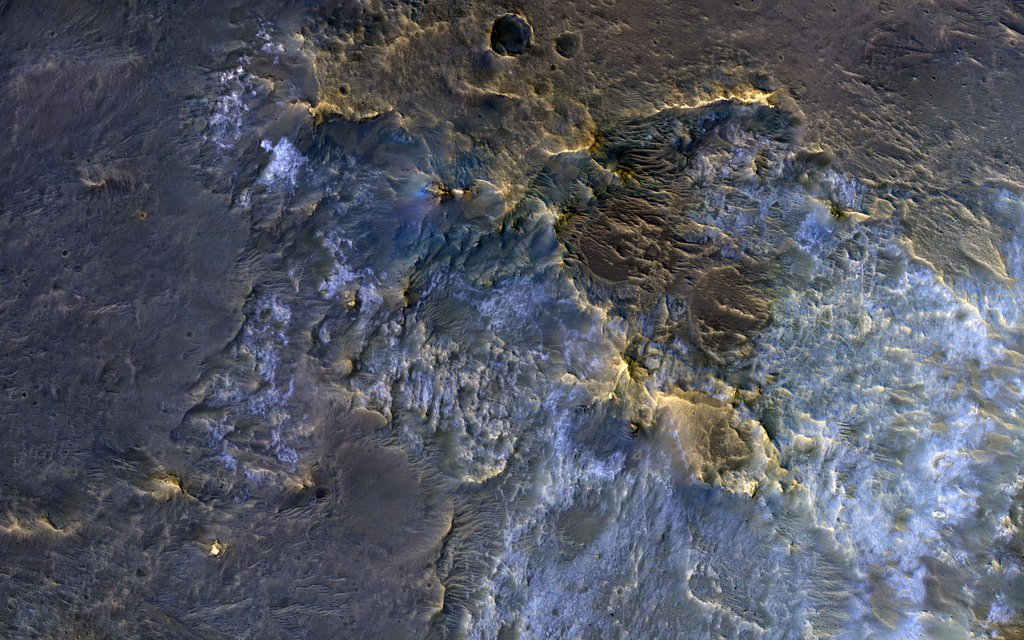 In this complex crater (about 44-kilometers in diameter), we see bedrock in several locations from different depths in the crust. The central uplift exposes large fragments of green-toned bedrock that possibly originated from several kilometers beneath the surface.

To the south of the crater, we see more of this bedrock along with material that was excavated and thrown out after the impact. In craters of this size, the rim is unstable and collapses inwards forming terraces, which occasionally exposes more bedrock that would have originated from close to the surface than the rocks exposed within the uplift itself. Central uplifts have better exposures of bedrock, but in this example the terraces steal the show, displaying beautiful green- and light-toned bedrock at multiple locations.