Excitement and Suspense on Landing Day 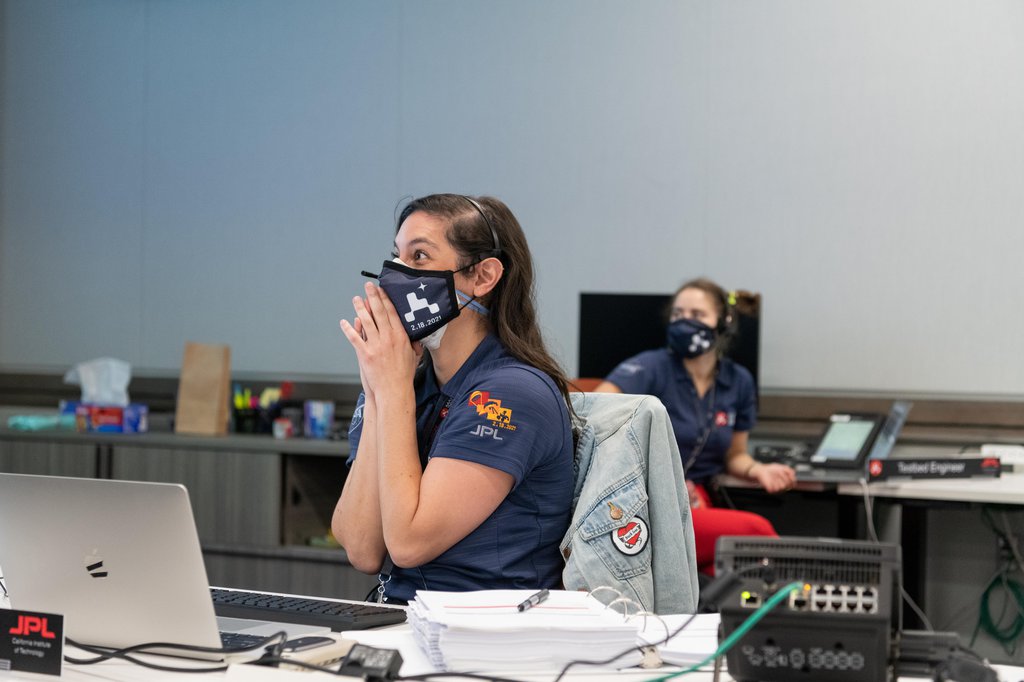 Engineer Mallory Lefland experienced the tension and relief shared by the team on Mars 2020 Perseverance landing day, on Feb. 18, 2021. She watched the dramatic entry, descent, and landing from inside a mission support area at NASA's Jet Propulsion Laboratory in Southern California. JPL built and manages operations of the Mars 2020 Perseverance rover for NASA.