Europa: Potential Volcanoes on the Seafloor 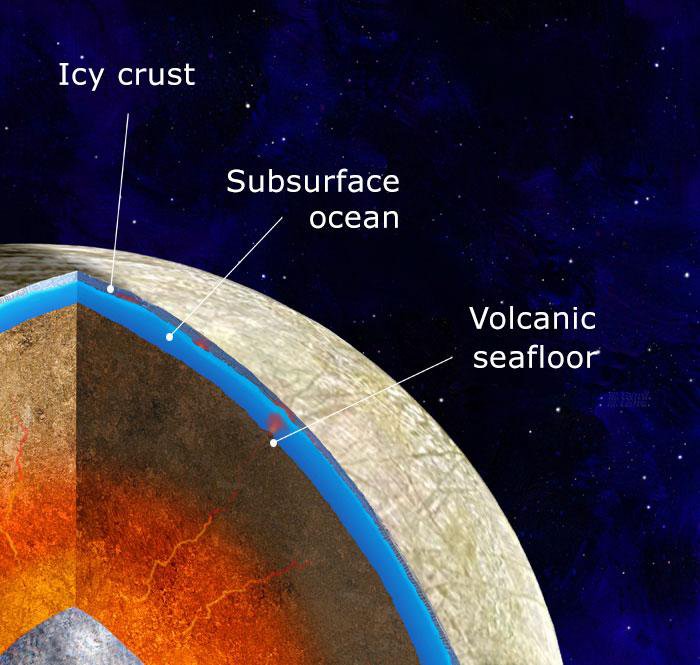 This illustration depicts scientists' findings about what the interior of Jupiter's moon Europa may look like: an iron core, surrounded by a rocky mantle believed to be in direct contact with a vast, internal ocean.

New research and computer modeling show that volcanic activity may have occurred on the seafloor of Jupiter's moon Europa in the recent past – and may still be happening. The new work shows how internal heat produced by tides—warping of Europa's shape as it changes distance from Jupiter during its orbit—could partially melt its rocky layer, a process that could feed volcanoes on the ocean floor. The recent modeling of how this internal heat is produced and transferred is the most detailed and thorough examination of the effect this heating has on the moon.

NASA scientists will have the opportunity to put the new predictions to the test when the agency's Europa Clipper spacecraft (aiming for a 2024 launch) reaches its target. Europa Clipper will orbit Jupiter and perform dozens of close flybys of Europa to map the moon and investigate its composition. The mission's goal is to explore whether the moon's global ocean has conditions suitable for life.