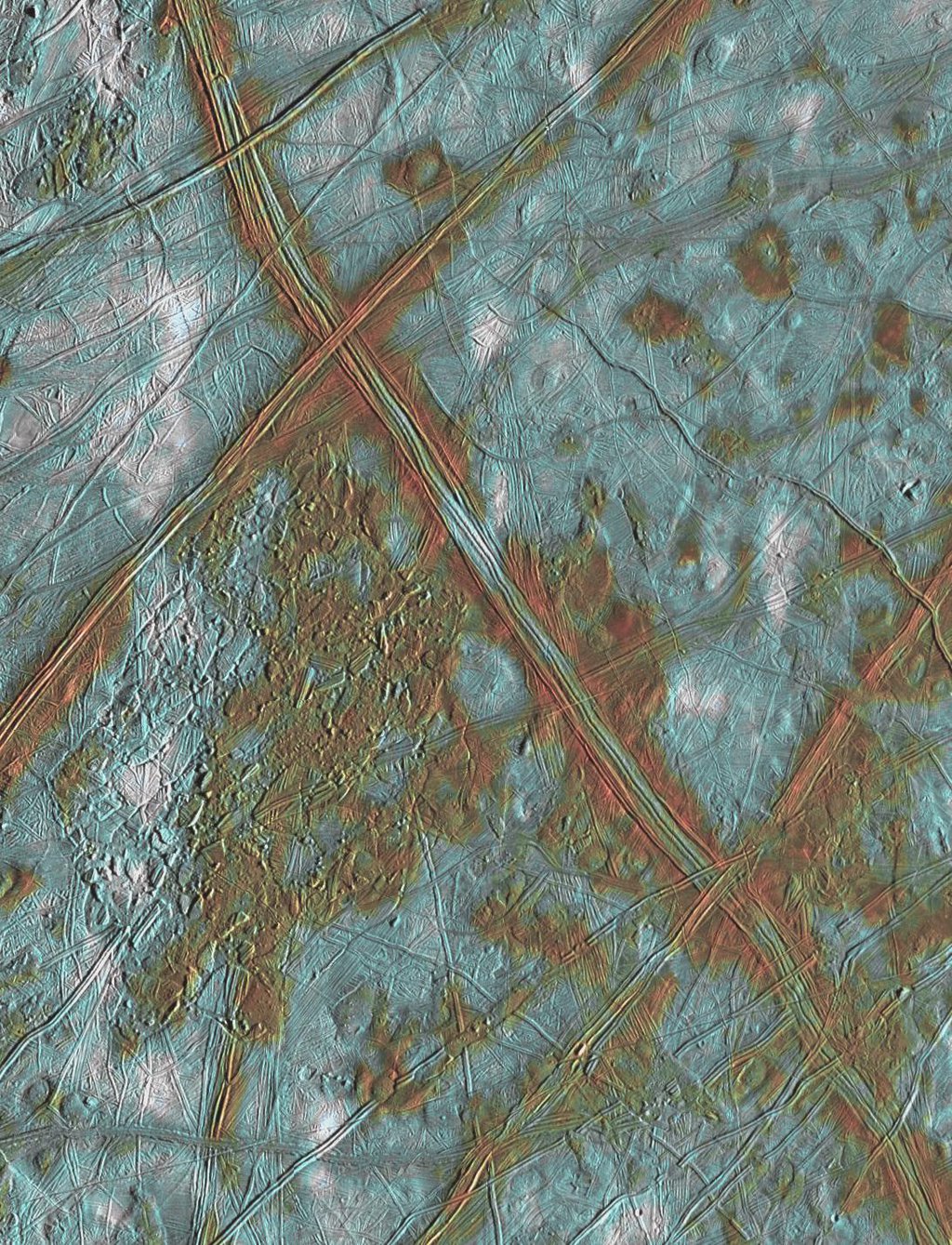 This image of Jupiter's icy satellite Europa shows surface features such as domes and ridges, as well as a region of disrupted terrain including crustal plates which are thought to have broken apart and "rafted" into new positions. The image covers an area of Europa's surface about 250 by 200 kilometer (km) and is centered at 10 degrees latitude, 271 degrees longitude. The color information allows the surface to be divided into three distinct spectral units. The bright white areas are ejecta rays from the relatively young crater Pwyll, which is located about 1000 km to the south (bottom) of this image. These patchy deposits appear to be superposed on other areas of the surface, and thus are thought to be the youngest features present. Also visible are reddish areas which correspond to locations where non-ice components are present. This coloring can be seen along the ridges, in the region of disrupted terrain in the center of the image, and near the dome-like features where the surface may have been thermally altered. Thus, areas associated with internal geologic activity appear reddish. The third distinct color unit is bright blue, and corresponds to the relatively old icy plains.

This product combines data taken by the Solid State Imaging (SSI) system on NASA's Galileo spacecraft during three separate flybys of Europa. Low resolution color data (violet, green, and 1 micron) acquired in September 1996 were combined with medium resolution images from December 1996, to produce synthetic color images. These were then combined with a high resolution mosaic of images acquired in February 1997.