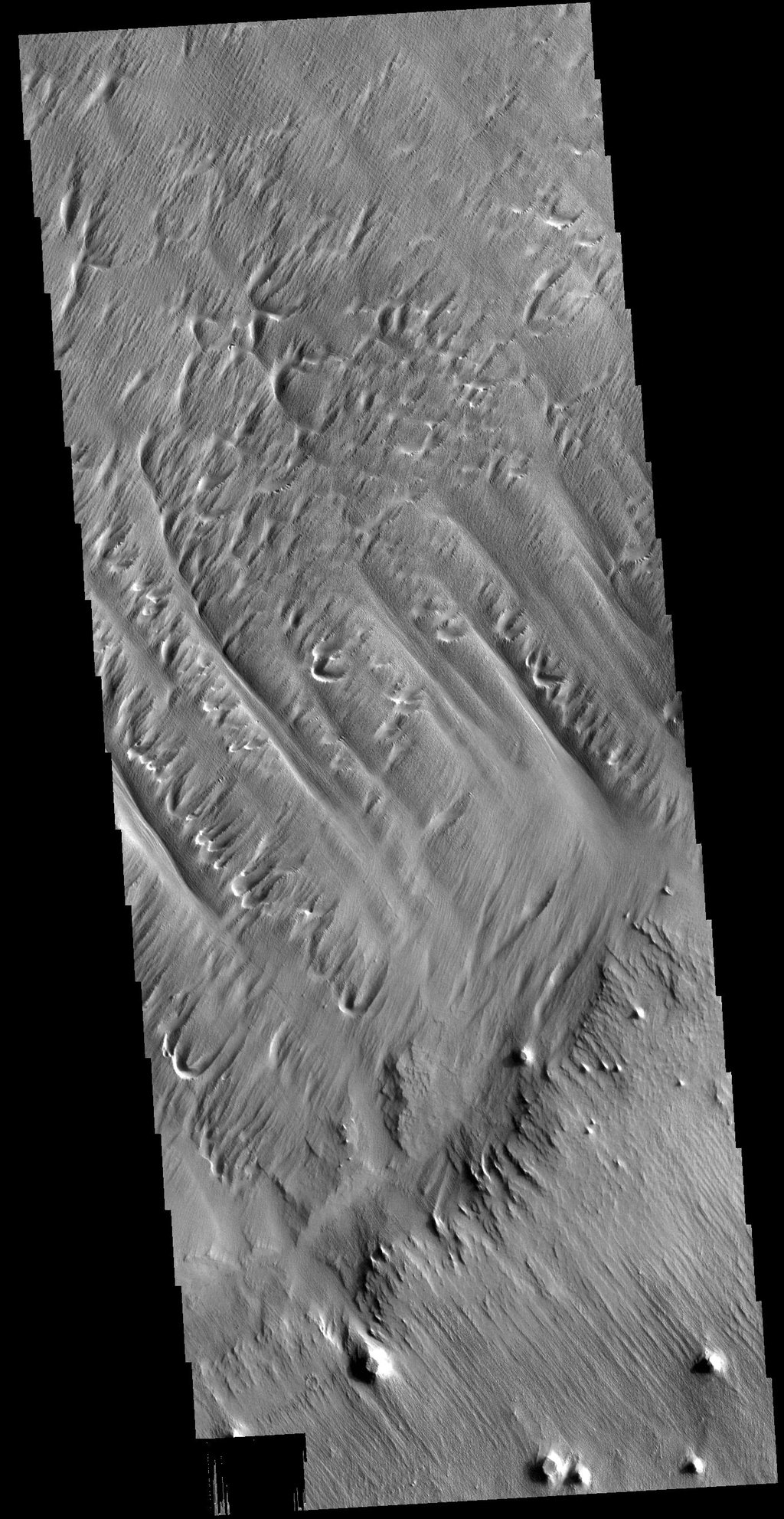 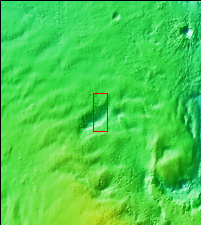 Eumenides Dorsum is a large linear rise located in southern Amazonis Planitia. Erosion by wind action is prevalent in this region. The horseshoe shaped depressions in this image are called blowouts and align with the wind direction that blew from upper right to lower left. The deep troughs and the finer scale linear erosion at the bottom of the image were created by winds that blew along the trend from upper left to lower right. This reflects two different predominant wind directions. It is difficult from just one image to determine if the wind changes were seasonal or over thousands of years in a single direction.