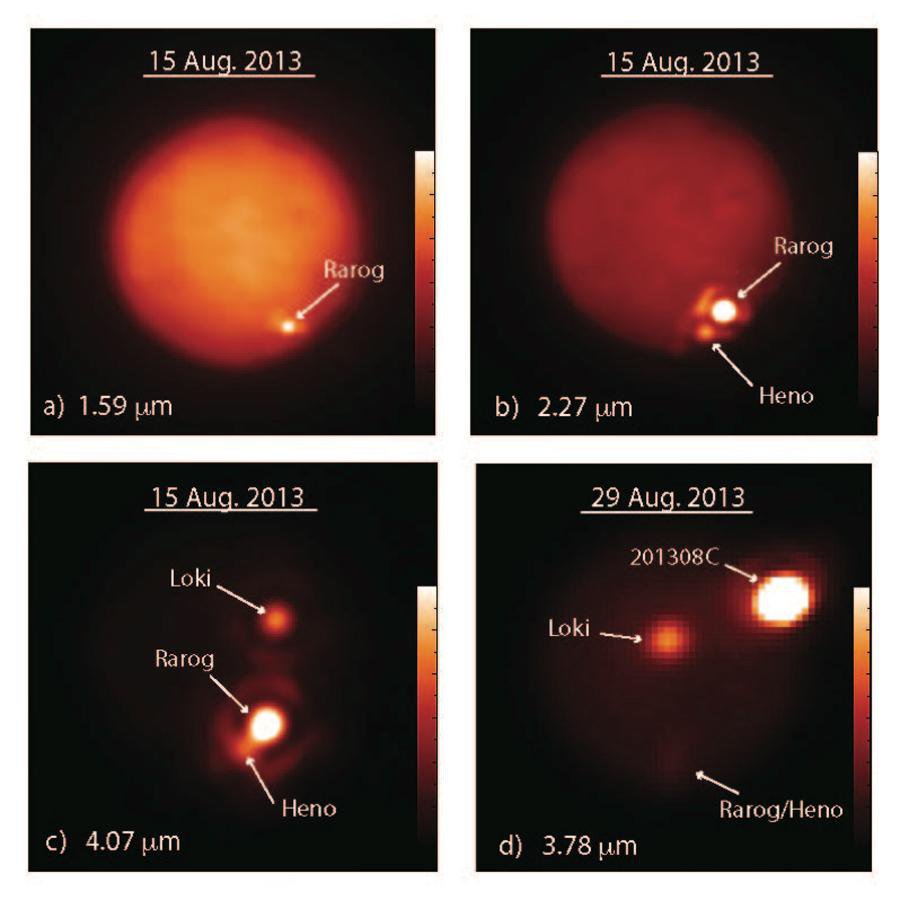 These images show Jupiter's moon Io obtained at different infrared wavelengths (in microns, μm, or millionths of a meter) with the W. M. Keck Observatory's 10-meter Keck II telescope on Aug. 15, 2013 (a-c), and the Gemini North telescope on Aug. 29, 2013 (d). The bar on the right of each image indicates the intensity of the infrared emission. Note that emissions from the large volcanic outbursts on Aug. 15 at Rarog and Heno Paterae have substantially faded by Aug. 29. A second bright spot is visible to the north of the Rarog and Heno eruptions in c and to the west of the outburst in d. This hot spot was identified as Loki Patera, a lava lake that appeared to be particularly active at the same time. Image courtesy of Imke de Pater and Katherine de Kleer.

The work is funded by the National Science Foundation and NASA's Outer Planets Research and Planetary Geology and Geophysics Programs. NASA's Jet Propulsion Laboratory, Pasadena, California, is managed for NASA by the California Institute of Technology.