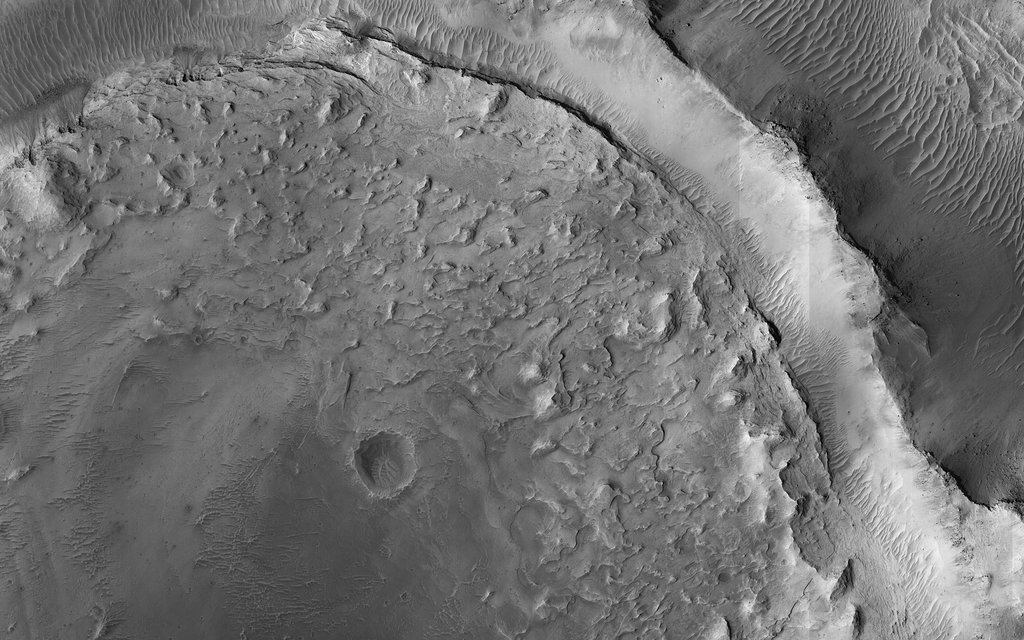 This image shows evidence of a complex cycle of cratering and erosion. The center of the image covers an old impact crater, roughly 6 to 7 kilometers in diameter. This can actually be easier to see in lower-resolution images that cover more area, like those from MRO's Context Camera. The crater was later filled by sediments.

Erosion then occurred across the region. The crater rim was left high-standing even though material outside the rim was eroded down to the level of the crater floor. The sediments filling the crater also eroded from the rim inwards, leaving a circular pancake of sedimentary rock. Similar "rim-inwards" erosion has been hypothesized for the (much larger) Gale Crater where the Curiosity rover is operating.