Enter the Vortex ... in Psychedelic Color 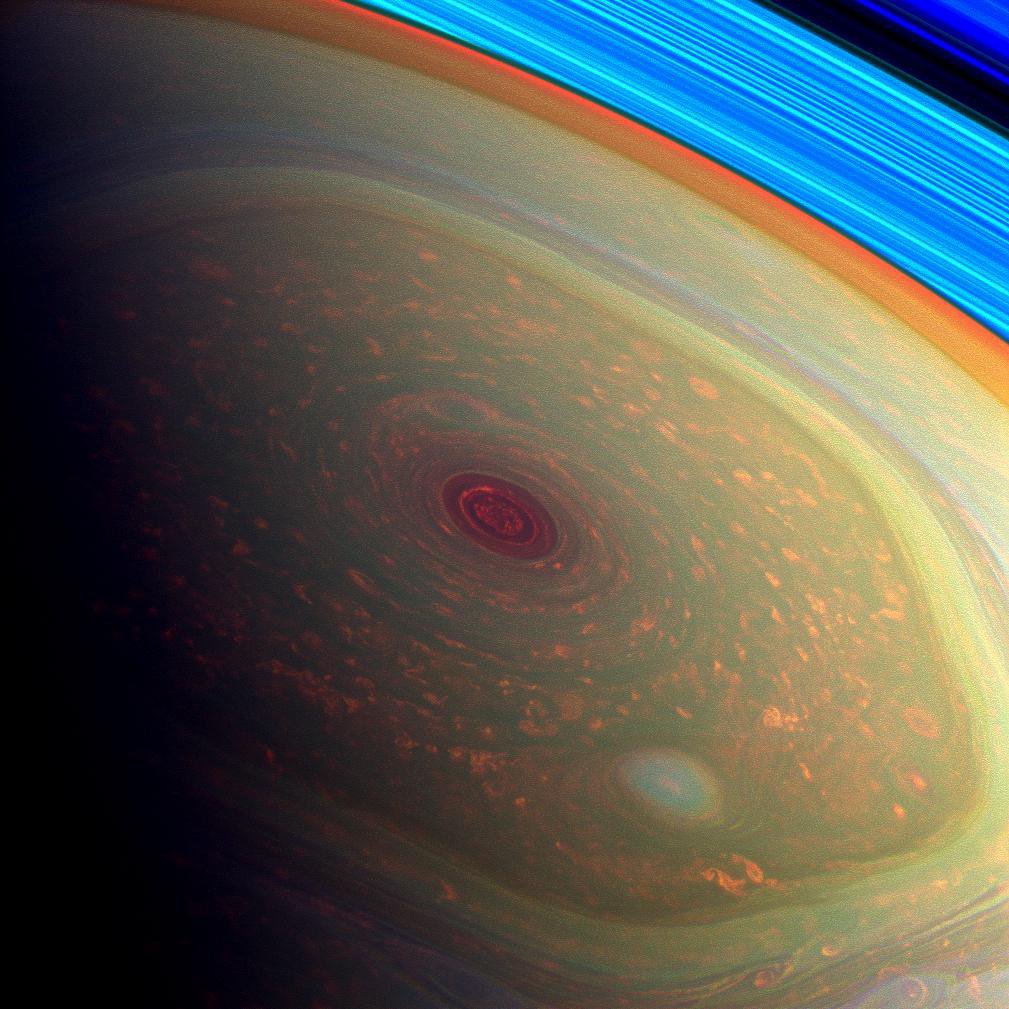 This spectacular, vertigo inducing, false-color image from NASA's Cassini mission highlights the storms at Saturn's north pole. The angry eye of a hurricane-like storm appears dark red while the fast-moving hexagonal jet stream framing it is a yellowish green. Low-lying clouds circling inside the hexagonal feature appear as muted orange color. A second, smaller vortex pops out in teal at the lower right of the image. The rings of Saturn appear in vivid blue at the top right.

The images were taken with Cassini's wide-angle camera using a combination of spectral filters sensitive to wavelengths of near-infrared light. The images filtered at 890 nanometers are projected as blue. The images filtered at 728 nanometers are projected as green, and images filtered at 752 nanometers are projected as red. At Saturn, this scheme means colors correlate to different altitudes in the planet's polar atmosphere: red indicates deep, while green shows clouds that are higher in altitude. High clouds are typically associated with locations of intense upwelling in a storm. These images help scientists learn the distribution and frequencies of such storms. The rings are bright blue in this color scheme because there is no methane gas between the ring particles and the camera.

The view was acquired at a distance of approximately 261,000 miles (419,000 kilometers) from Saturn and at a sun-Saturn-spacecraft, or phase, angle of 94 degrees. Image scale is 13 miles (22 kilometers) per pixel.