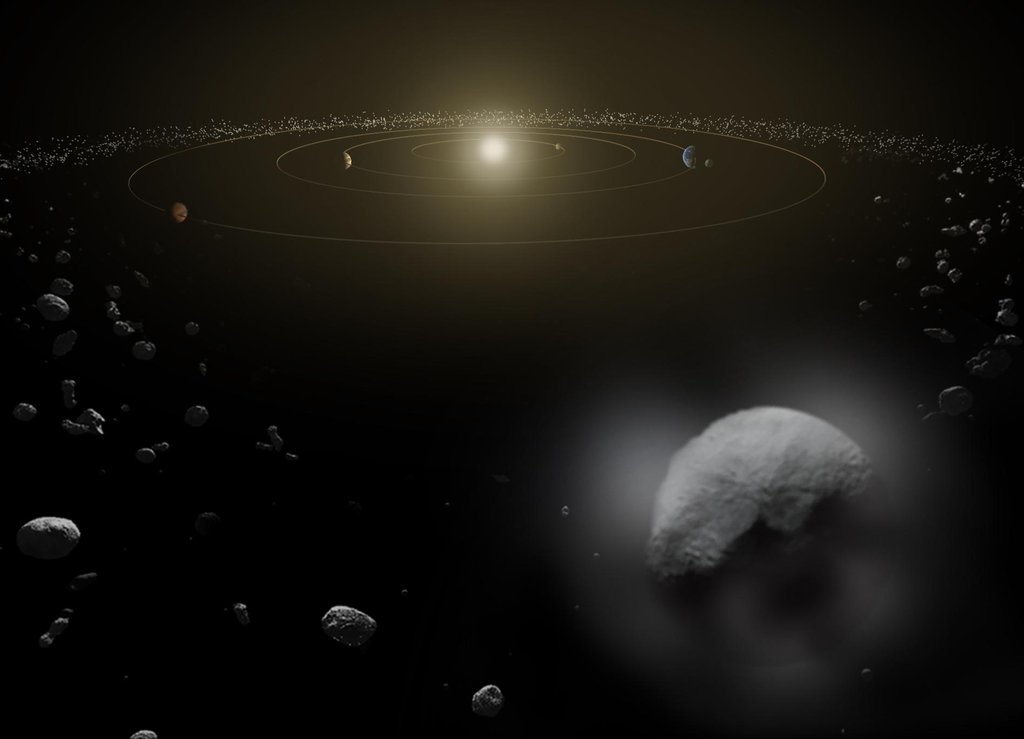 Dwarf planet Ceres is located in the main asteroid belt, between the orbits of Mars and Jupiter, as illustrated in this artist's conception. Observations by the Herschel space observatory between 2011 and 2013 find that the dwarf planet has a thin water vapor atmosphere. This is the first unambiguous detection of water vapor around an object in the asteroid belt.

Herschel is a European Space Agency mission, with science instruments provided by consortia of European institutes and with important participation by NASA. While the observatory stopped making science observations in April 2013, after running out of liquid coolant, as expected, scientists continue to analyze its data. NASA's Herschel Project Office is based at NASA's Jet Propulsion Laboratory, Pasadena, Calif. JPL contributed mission-enabling technology for two of Herschel's three science instruments. The NASA Herschel Science Center, part of the Infrared Processing and Analysis Center at the California Institute of Technology in Pasadena, supports the U.S. astronomical community. Caltech manages JPL for NASA.