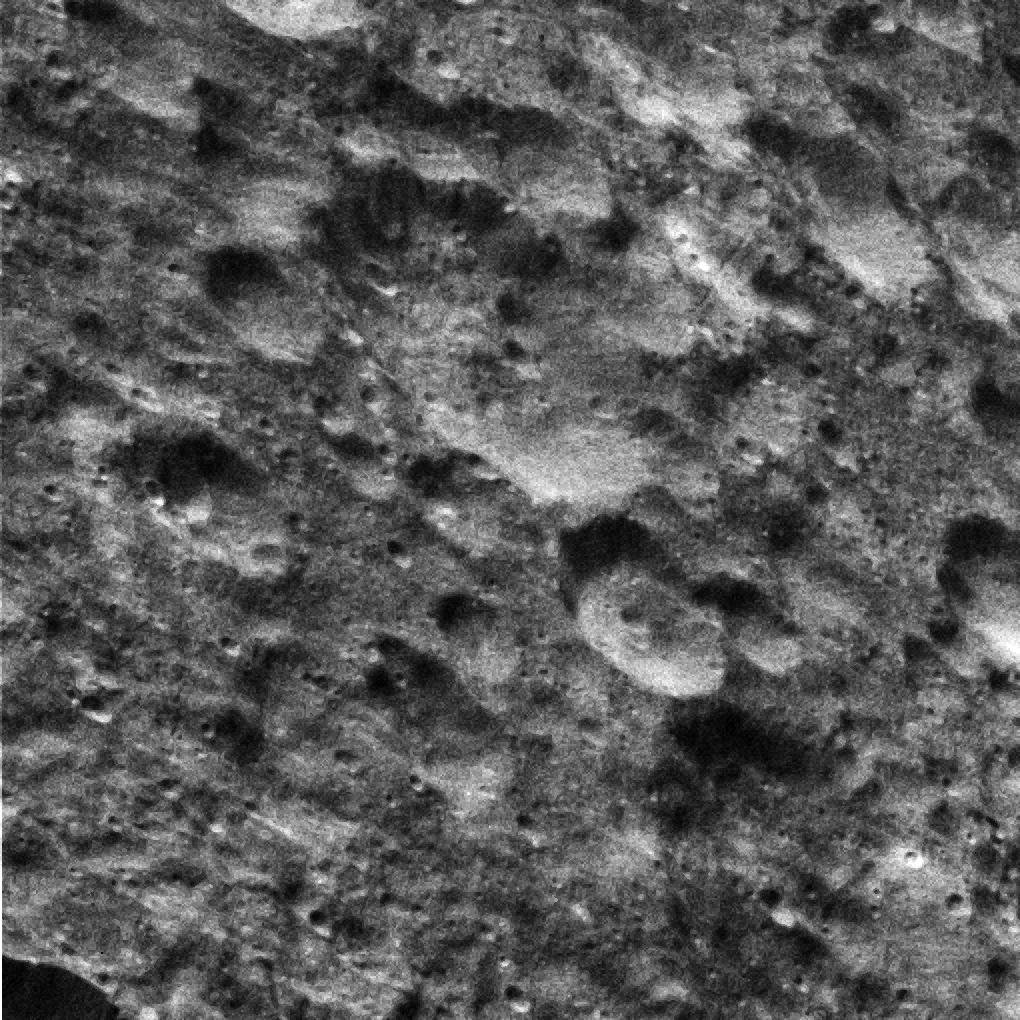 This view from NASA's Cassini spacecraft shows terrain on Saturn's moon Dione that is entirely lit by reflected light from Saturn, called Saturnshine.

Imaging scientists set a relatively short exposure time (10 milliseconds) for this and other views obtained during this fast flyby in order to avoid smearing the images. Despite the short exposure time, the light from Saturn was sufficient to provide a good look at features on the moon's night side.

The image was acquired in visible light with the Cassini spacecraft wide-angle camera during a close flyby of the icy moon on Aug. 17, 2015. The view was acquired at an altitude of approximately 600 miles (970 kilometers) above Dione and has an image scale of about 190 feet (58 meters) per pixel. North on Dione is toward lower left.