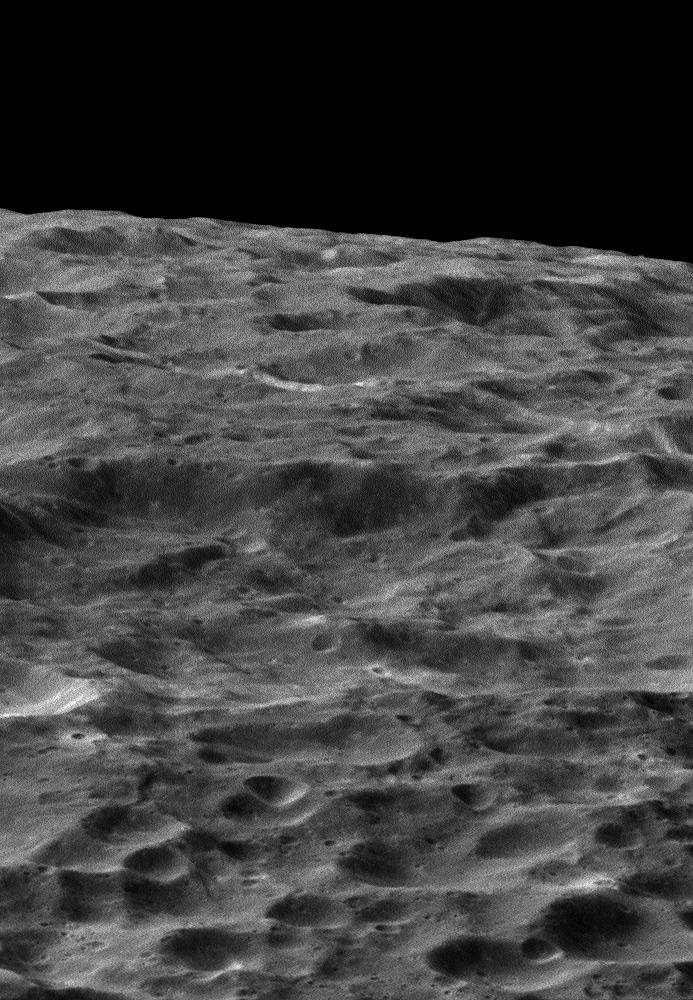 NASA's Cassini spacecraft gazes out upon a rolling, cratered landscape in this oblique view of Saturn's moon Dione. A record of impacts large and small is preserved in the moon's ancient, icy surface.

The image was obtained in visible light with the Cassini spacecraft wide-angle camera during a close flyby of the icy moon on Aug. 17, 2015. The view was acquired at an altitude of approximately 470 miles (750 kilometers) above Dione and has an image scale of about 150 feet (45 meters) per pixel. North on Dione is down.