Dione with Rings and Shadows 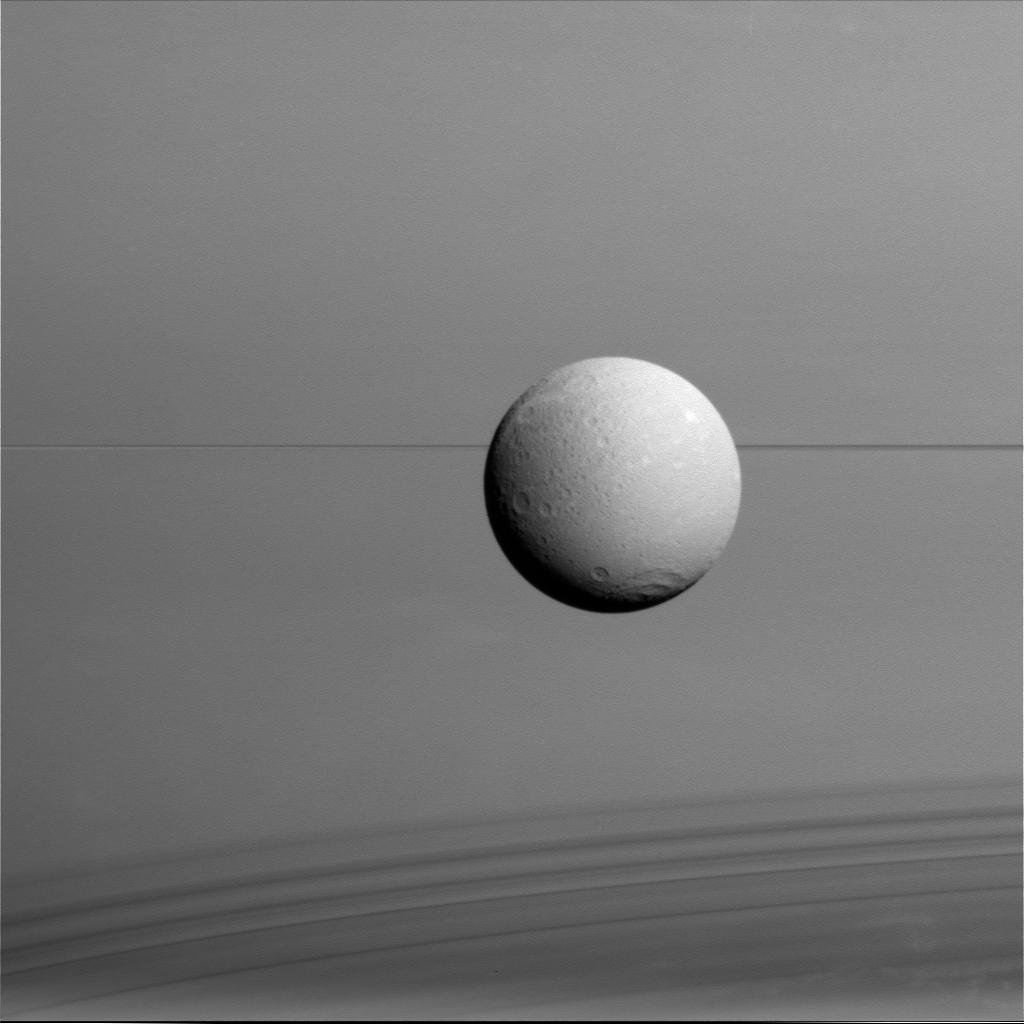 Dione hangs in front of Saturn and its icy rings in this view, captured during Cassini's final close flyby of the icy moon.

North on Dione is up. The image was obtained in visible light with the Cassini spacecraft wide-angle camera on Aug. 17, 2015.

The view was acquired at a distance of approximately 45,000 miles (73,000 kilometers) from Dione and at a sun-Dione-spacecraft, or phase, angle of 35 degrees. Image scale is 3 miles (4 kilometers) per pixel.