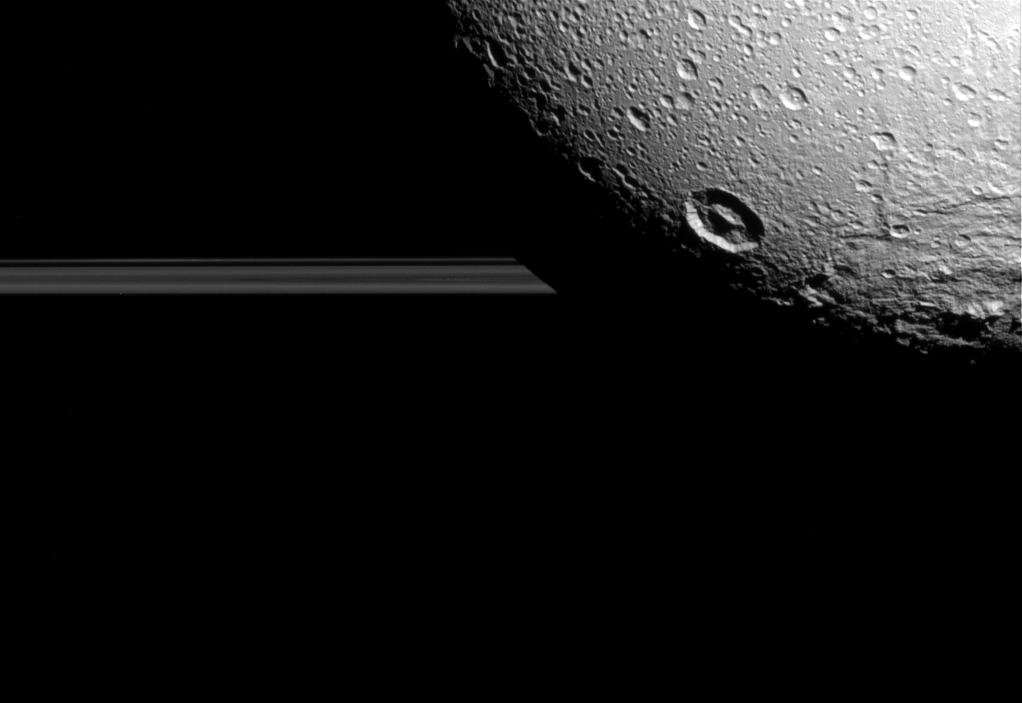 Saturn's moon Dione hangs in front of Saturn's rings in this view taken by NASA's Cassini spacecraft during the inbound leg of its last close flyby of the icy moon.

North on Dione is up. The image was acquired in visible light with the Cassini spacecraft narrow-angle camera on Aug. 17, 2015.