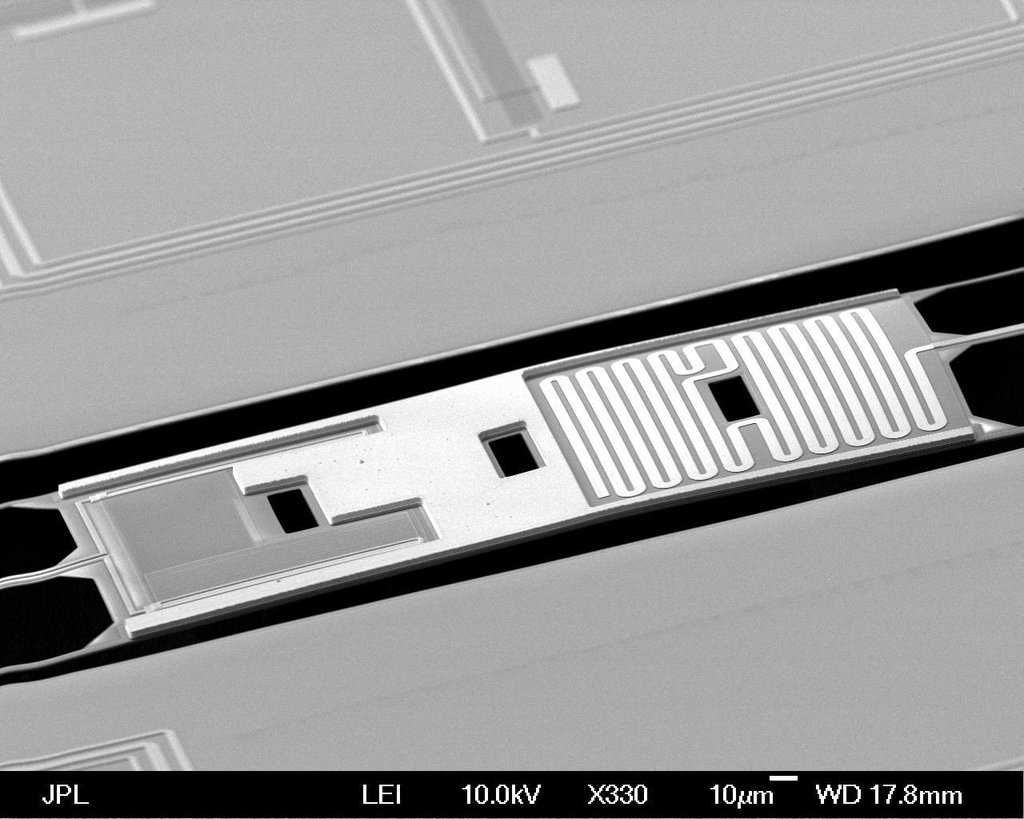 This image shows one of the NASA detectors from the BICEP2 project, developed in collaboration with the National Science Foundation. The sensors were used to make the first detection of gravitational waves in the ancient background light from the early universe. The discovery provides the strongest evidence yet for an explosive period of expansion in our universe known as inflation.

The detectors were developed and built at NASA's Jet Propulsion Laboratory, Pasadena, Calif.

The image was taken by a "scanning electron beam" microscope, giving a close-up, 3-D view. The detector works by converting the light from the cosmic microwave background -- relic radiation from the Big Bang -- into heat. This heat is dissipated on a meandering gold film located on an island of material suspended in free space by tiny legs that were made by a process called micro-machining. (The island is the rectangle suspended in the black free space.) A superconducting titanium film on the detector (left side of island) serves as a sensitive thermometer to measure this heat.

The sensors are cooled to just 0.25 degrees above absolute zero to minimize thermal noise. The island is designed to further increase the sensitivity to heat by isolating the thermometer from the rest of the structure.