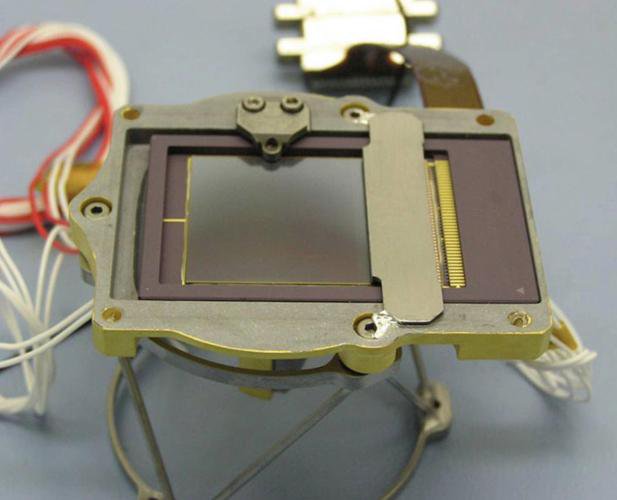 This charged couple device (CCD) is part of the Chemistry and Mineralogy (CheMin) instrument on NASA's Curiosity rover. When CheMin directs X-rays at a sample of soil, this imager, which is the size of a postage stamp, detects both the position and energy of each X-ray photon. The technology in this CCD was originally developed by NASA and has become widely used in commercial digital cameras.