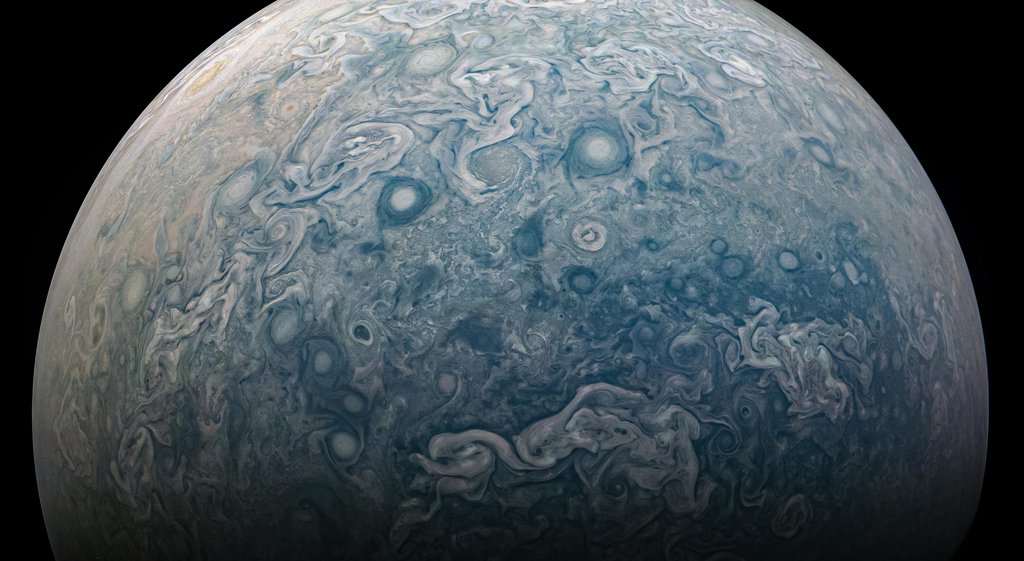 During its 24th close flyby of Jupiter, NASA's Juno spacecraft captured this view of a chaotic, stormy area of the planet's northern hemisphere known as a folded filamentary region. Jupiter has no solid surface in the same way Earth does. Data collected by Juno indicate that some of the giant planet's winds run deeper and last longer than similar atmospheric processes on Earth.

Citizen scientist Kevin M. Gill created this color-enhanced image using data from the JunoCam camera. The original image was taken on Dec. 26, 2019, at 9:14 a.m. PST (12:14 p.m. EST) as the Juno spacecraft performed its 24th close flyby of the planet. At the time, the spacecraft was about 14,600 miles (23,500 kilometers) from the tops of Jupiter's clouds, at a latitude of about 69 degrees north.