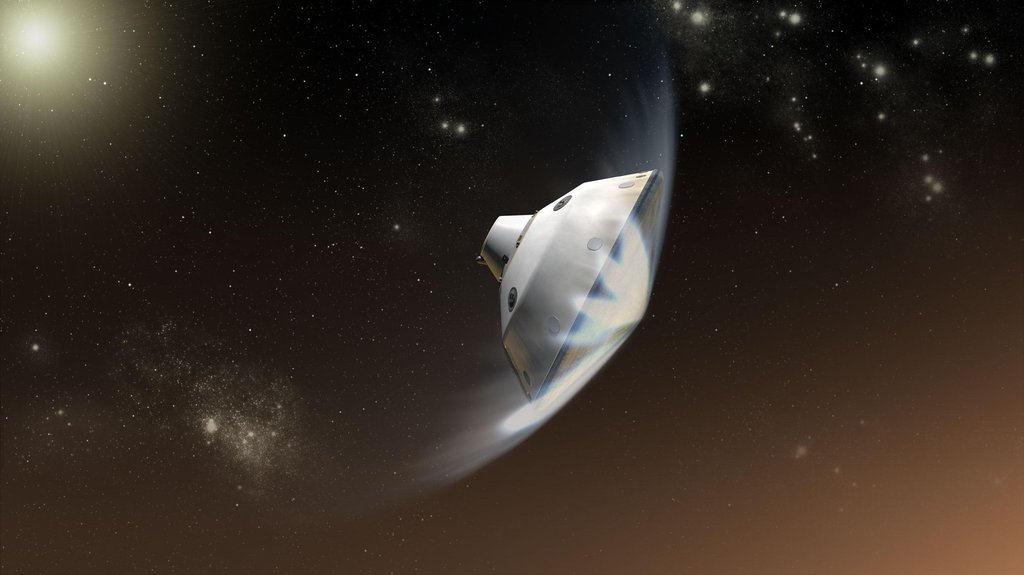 This artist's concept depicts the interaction of NASA's Mars Science Laboratory spacecraft with the upper atmosphere of Mars during the entry, descent and landing of the Curiosity rover onto the Martian surface.

The mission's entry, descent, and landing (EDL) phase begins when the spacecraft reaches the top of Martian atmosphere, about 81 miles (131 kilometers) above the surface of the Gale crater landing area, and ends with the rover safe and sound on the surface of Mars. During the approximately seven minutes of EDL, the spacecraft decelerates from a velocity of about 13,200 miles per hour (5,900 meters per second) at the top of the atmosphere, to stationary on the surface.

Entry, descent, and landing for the Mars Science Laboratory mission will include a combination of technologies inherited from past NASA Mars missions, as well as exciting new technologies. Instead of the familiar airbag landing of the past Mars missions, Mars Science Laboratory will use a guided entry and a sky crane touchdown system to land the hyper-capable, massive rover.