Dawn: On its Way to Low Orbit 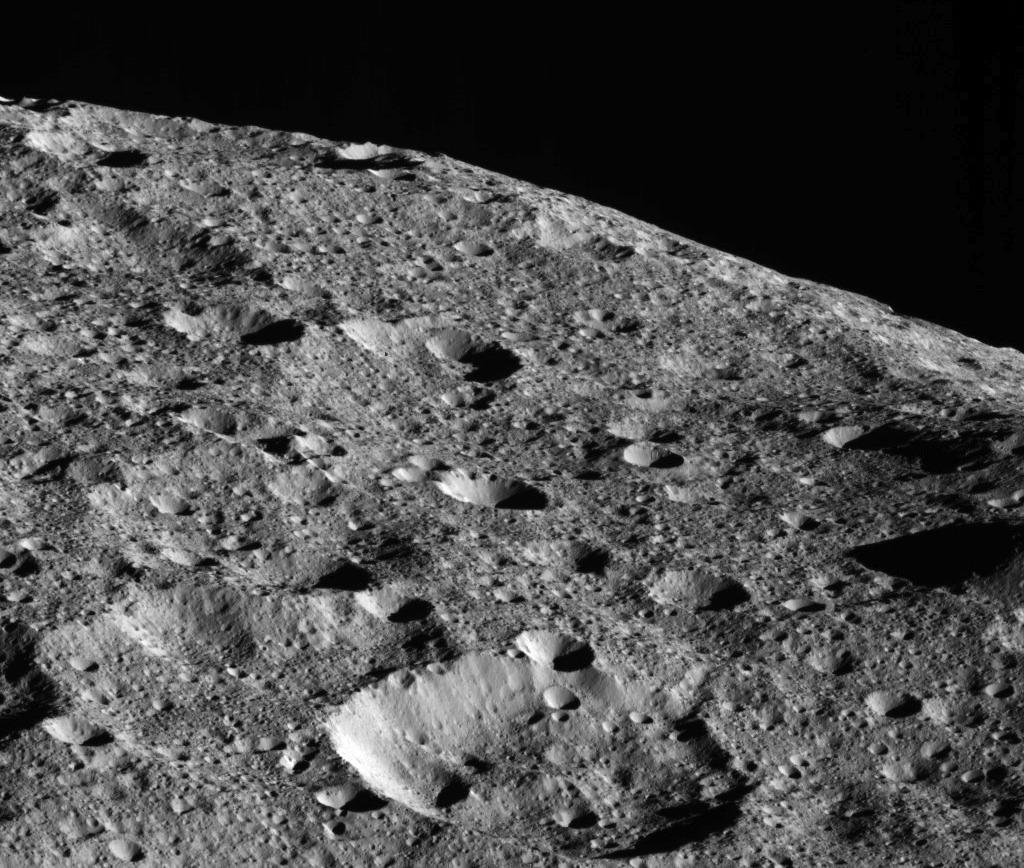 On the way to its lowest-ever and final orbit, NASA's Dawn spacecraft is observing Ceres and returning new compositional data (infrared spectra) and images of the dwarf planet's surface, such as this dramatic image of Ceres' limb.

This picture is one of the first images returned by Dawn in more than a year. Dawn captured this view on May 16, 2018 from an altitude of about 270 miles (440 kilometers). The large crater near the horizon is about 22 miles (35 kilometers) in diameter. It is located at about 23 degrees north latitude, 350 degrees east longitude, not far from a series of tholi (small mountains) that include Kwanzaa Tholus.

The midsize crater in the foreground is located about 75 miles (120 kilometers) from the large crater. This rough landscape suggests these features are on top of ancient terrains. The Dawn spacecraft has returned many limb images of Ceres in the course of its mission. These images offer complementary perspective to the images generally obtained by imaging the surface directly beneath the spacecraft. This example shows that Ceres' limb is relatively smooth despite the rough surface, because this large body is rounded by its own gravity.