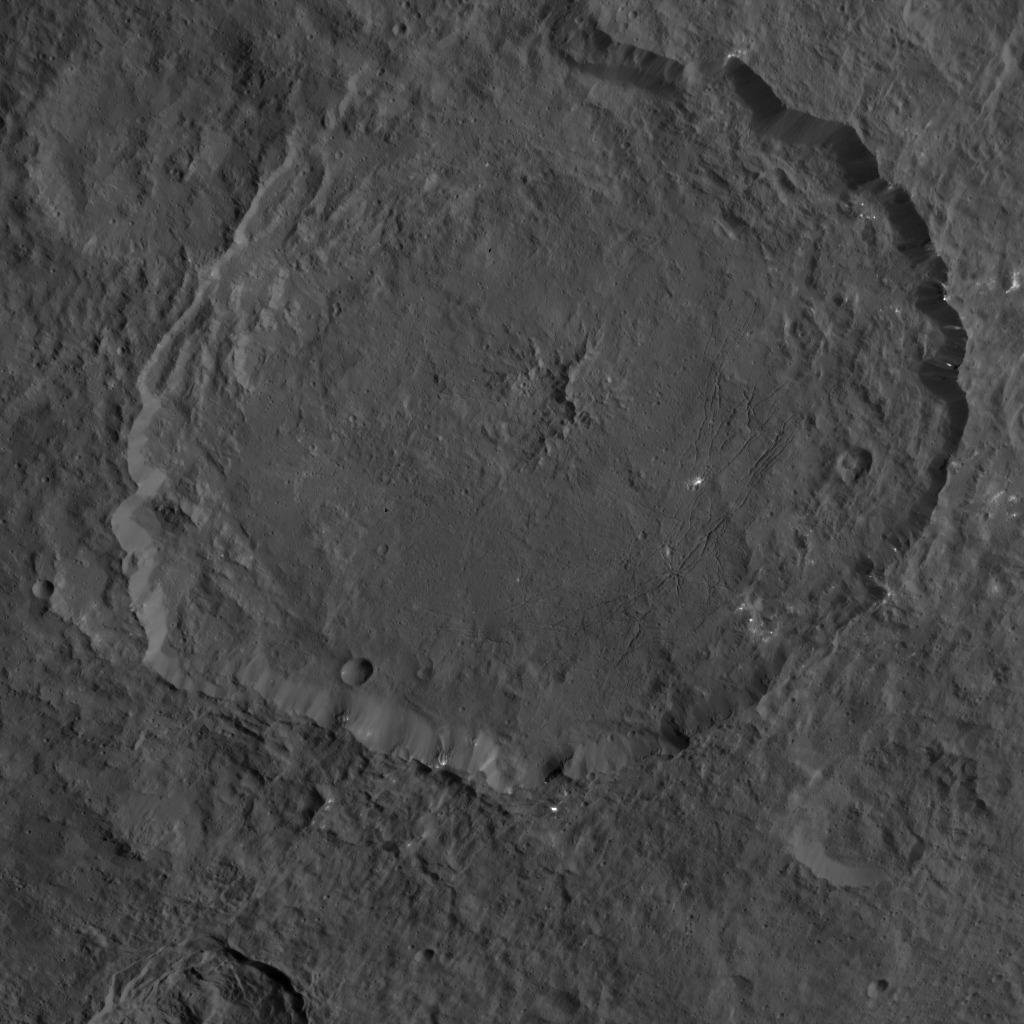 This image, taken by NASA's Dawn spacecraft, shows a portion of the northern hemisphere of dwarf planet Ceres from an altitude of 915 miles (1,470 kilometers). The image was taken on Sept. 25, 2015, and has a resolution of 450 feet (140 meters) per pixel.

Dantu crater, named for the Ghanan god associated with the planting of corn, is featured in this image. Its diameter is 77.1 miles (124 kilometers).