Curiosity's Selfie at Aberlady and Kilmarie 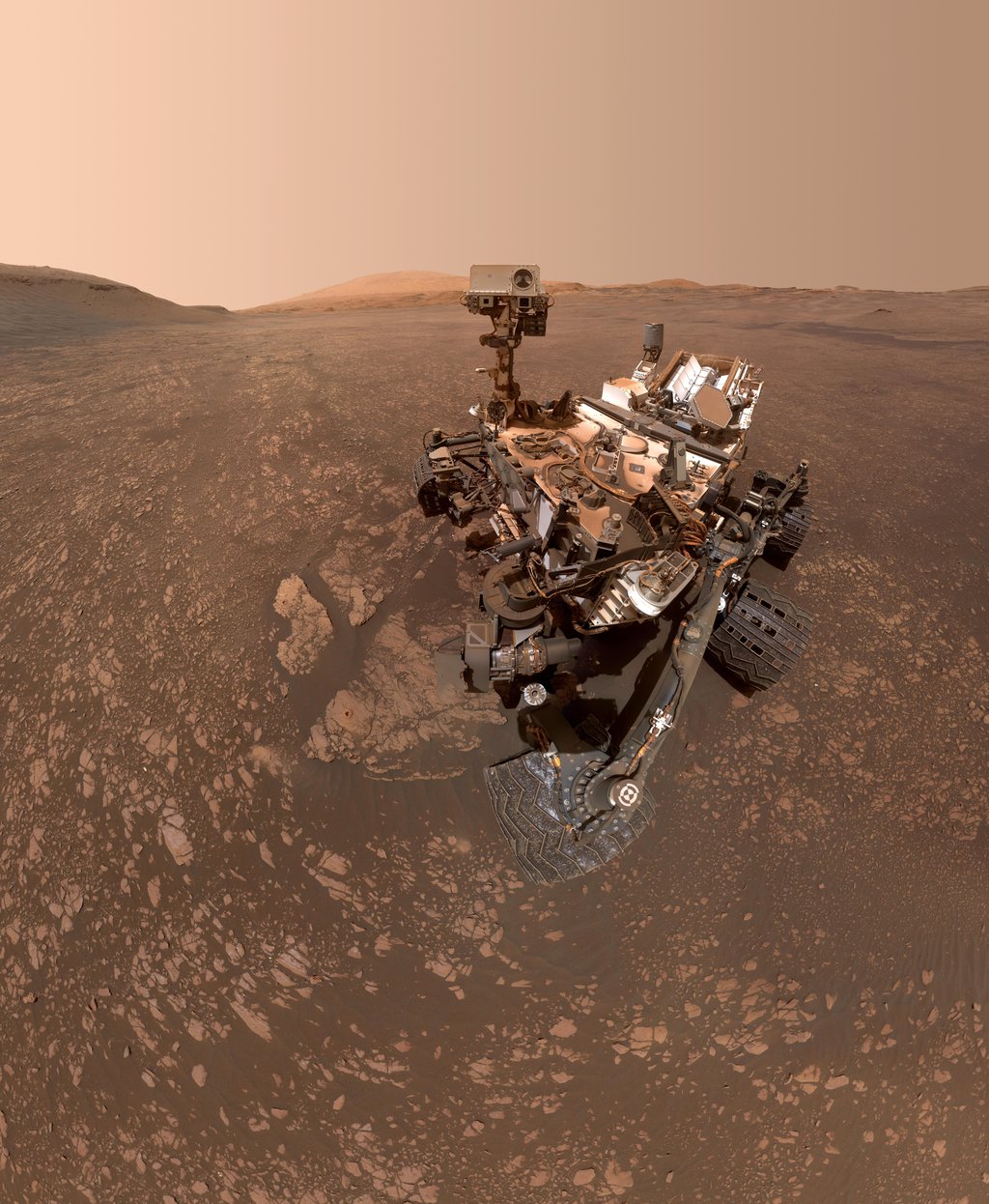 NASA's Curiosity Mars rover took this selfie on May 12, 2019 (the 2,405th Martian day, or sol, of the mission). To the lower-left of the rover are its two recent drill holes, at targets called "Aberlady" and "Kilmarie."

These are Curiosity's 20th and 21st drill sites.

The selfie is composed of 57 individual images taken by the rover's Mars Hand Lens Imager (MAHLI), a camera on the end of the rover's robotic arm. The images are stitched together into a panorama, and the robotic arm is digitally removed.