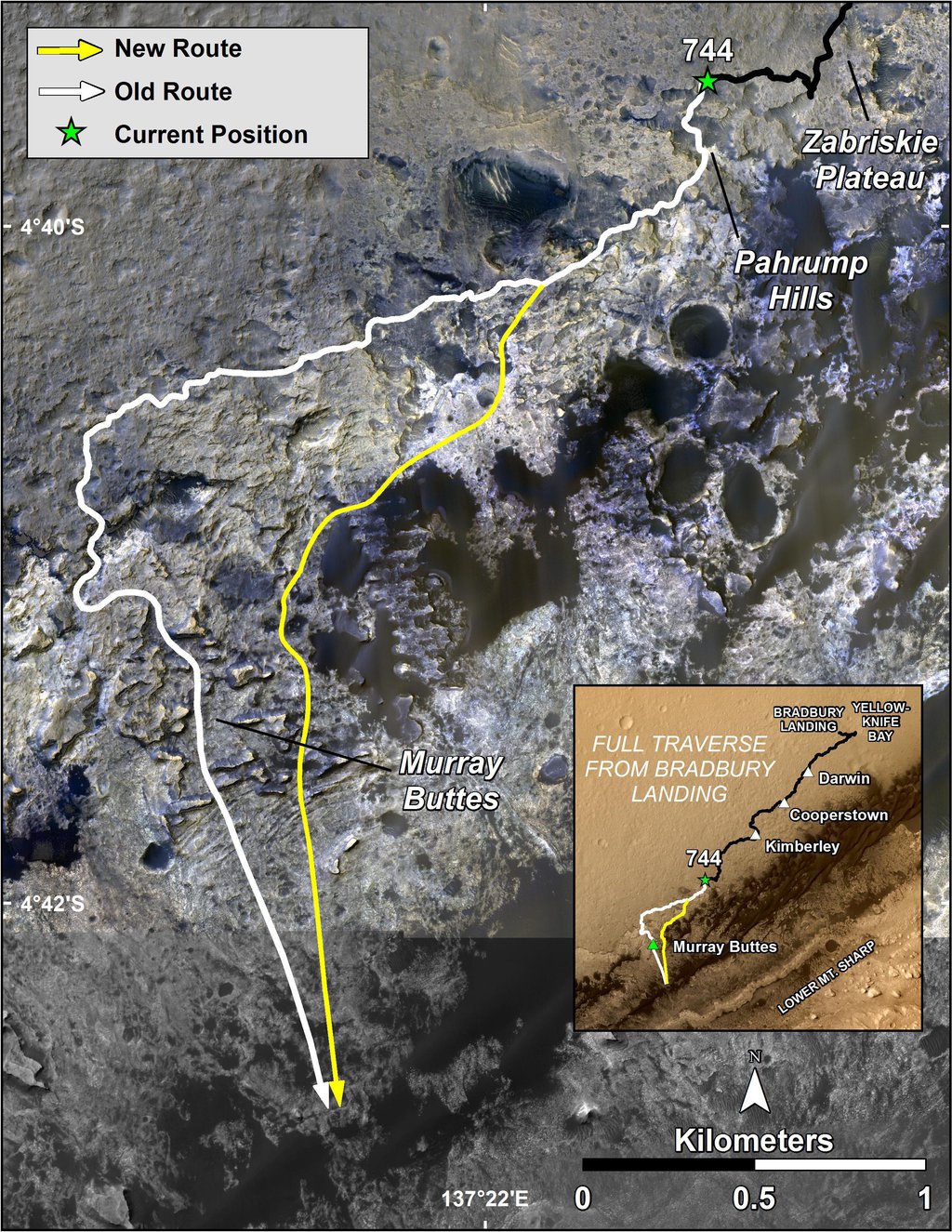 The route of NASA's Mars Curiosity rover up the slopes of Mount Sharp on Mars is indicated in yellow in this false-color image. The rover's current position is marked with a star. After work at "Pahrump Hills," Curiosity will drive across the "Murray Formation" of rocks via the yellow route, which shortens the distance by almost 330 feet (100 meters) relative to an earlier route, shown in white.

The image is composed of color strips taken by the High Resolution Imaging Science Experiment, or HiRISE, on NASA's Mars Reconnaissance Orbiter. It reveals that the Murray Formation is light-toned relative to rocks of Gale Crater's plains (Aeolis Palus). This formation continues across the base of Mt. Sharp between Murray Buttes and the Pahrump Hills.