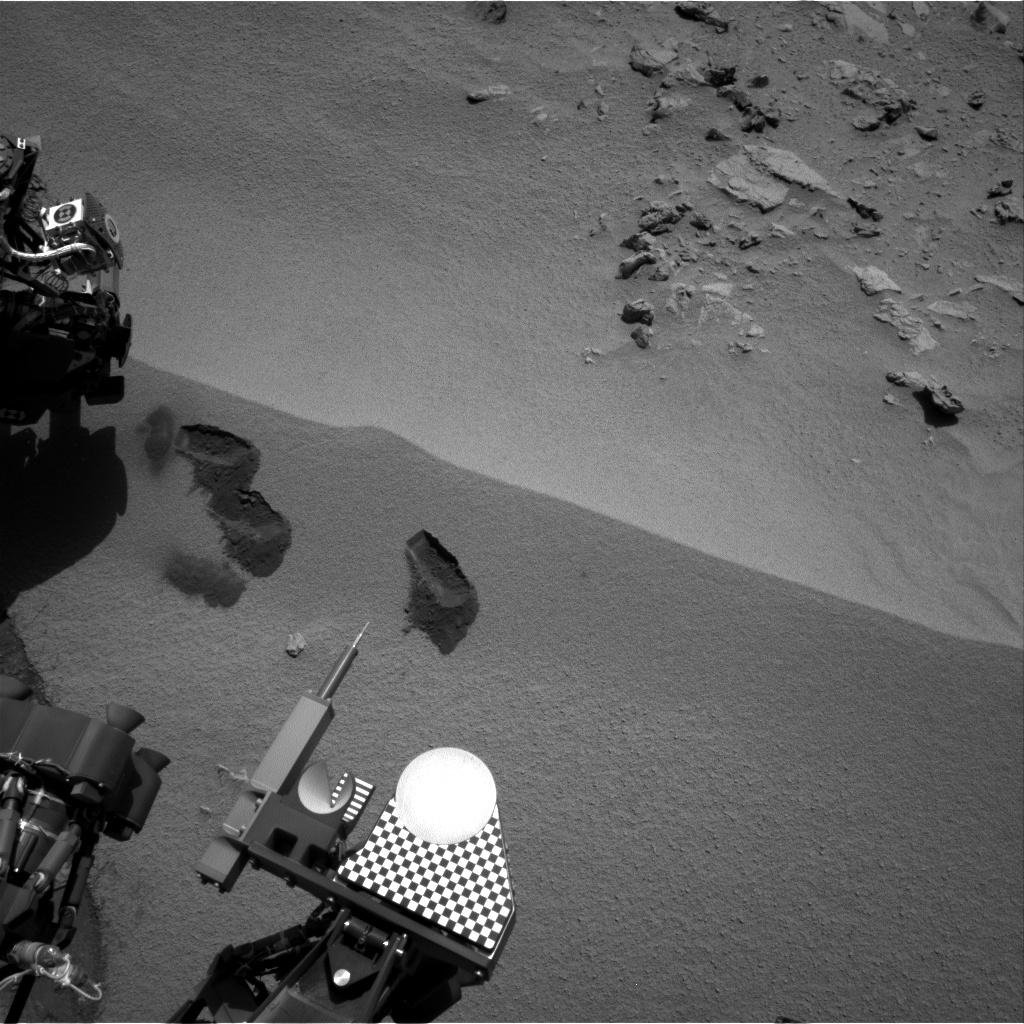 Three bite marks left in the Martian ground by the scoop on the robotic arm of NASA's Mars rover Curiosity are visible in this image taken by the rover's right Navigation Camera during the mission's 69th Martian day, or sol (Oct. 15, 2012). The third scoopful, collected on that sol, left the bite or pit farthest to the right. Each of the three bites is about 2 inches (5 centimeters) wide.

Of the two bites to the left, the lower one is where Curiosity collected its first scoopful of Martian material, on Sol 61 (Oct. 7, 2012). The upper one is the site of the second scooping, on Sol 66 (Oct. 12, 2012). The location for all of these scoops, and two more planned, is a ripple of windblown dust and sand at a location called "Rocknest."

The bright circular part of the rover near the bottom center of this image is the observation tray, which is 3 inches (7.8 centimeters) in diameter.