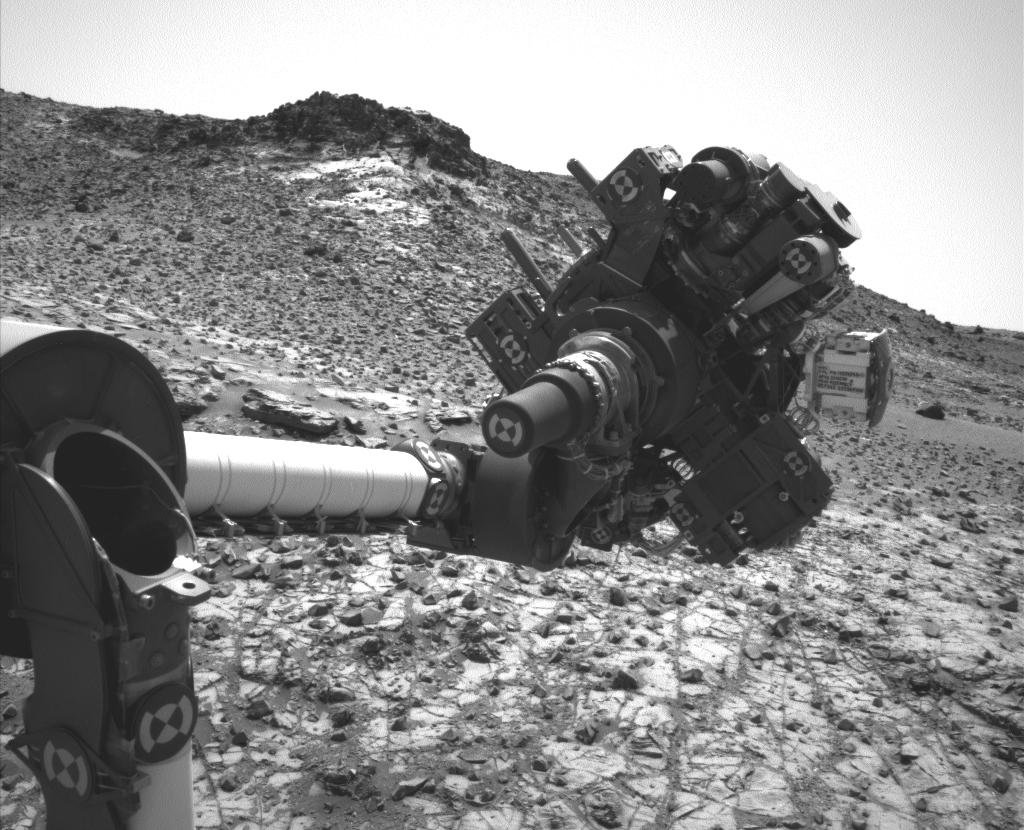 This image from the Navigation Camera (Navcam) on NASA's Curiosity Mars rover shows the position in which the rover held its arm for several days after a transient short circuit triggered onboard fault-protection programming to halt arm activities on Feb. 27, 2015, the 911th Martian day, or sol, of the rover's work on Mars.

The rover team chose to hold the arm in the same position for several days of tests to diagnose the underlying cause of the Sol 911 event. Observations with instruments on the rover's mast continued during this period. The Navcam took this image on March 4, 2015, during Sol 915.

NASA's Jet Propulsion Laboratory, a division of the California Institute of Technology in Pasadena, manages the Mars Science Laboratory Project for the NASA Science Mission Directorate, Washington. JPL designed and built the project's Curiosity rover and the rover's Navcam.