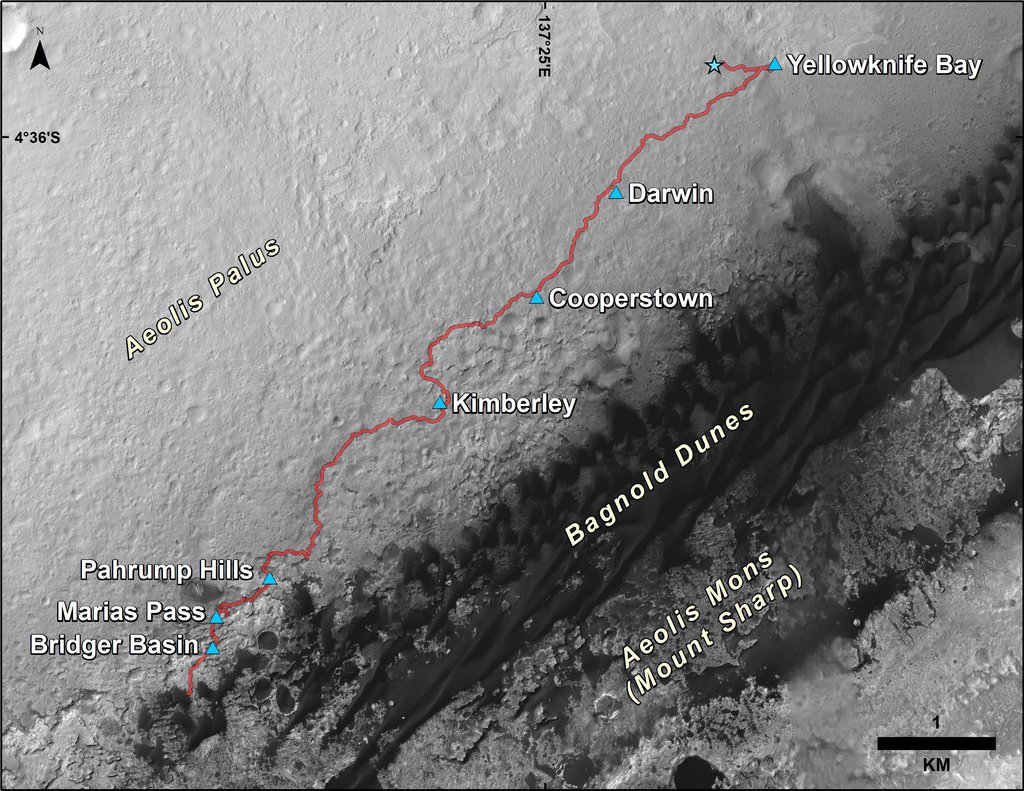 This map shows the route driven by NASA's Curiosity Mars rover from the location where it landed in August 2012 to its location in December 2015, at examples of the "Bagnold Dunes." The mission's investigation targets in the "Marias Pass" and "Bridger Basin" areas included rocks with compositions high in silica.

The base image for this map is from the High Resolution Imaging Science Experiment (HiRISE) camera on NASA's Mars Reconnaissance Orbiter. North is up. Bagnold Dunes form a band of dark, wind-blown material at the foot of Mount Sharp.