Curiosity Rover Finds Earth and Venus in the Martian Sky 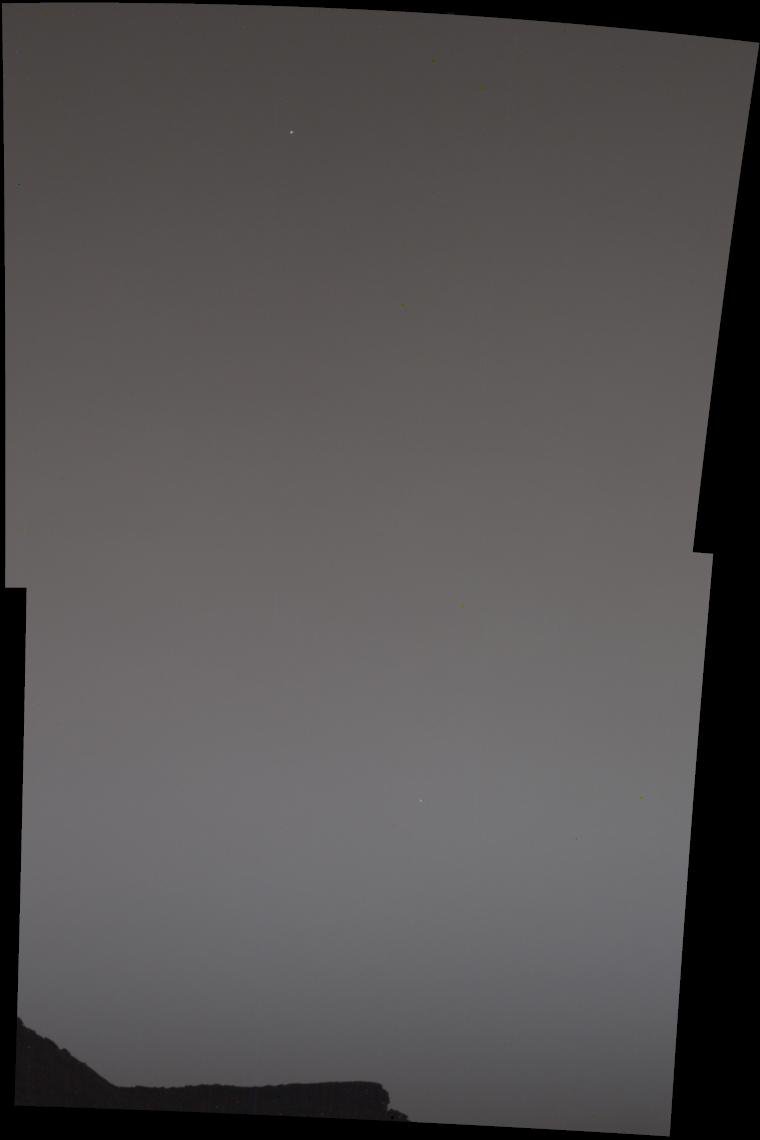 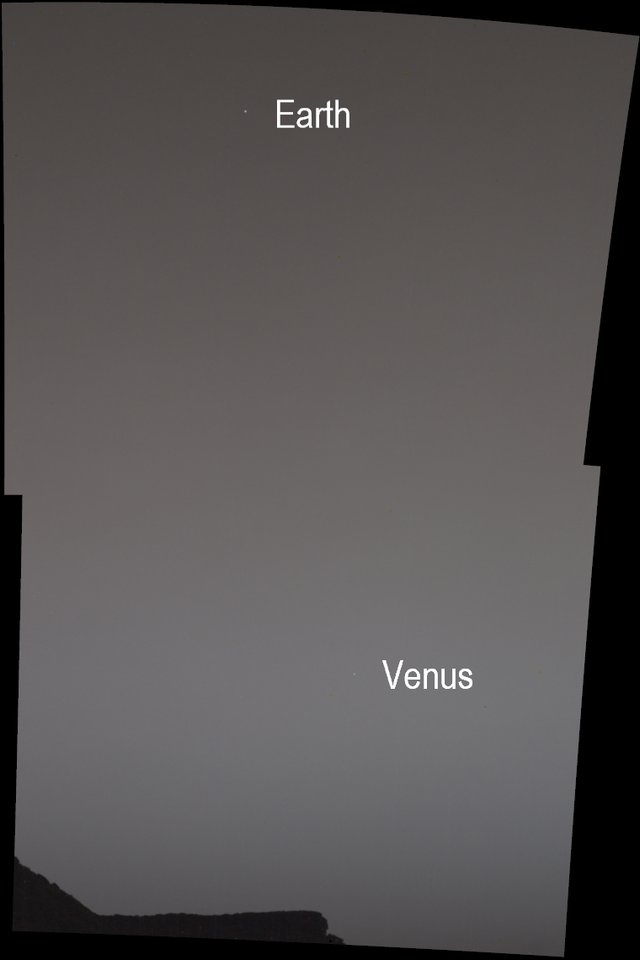 Two images of the night sky were combined to show Earth and Venus as seen by the Mast Camera aboard NASA's Curiosity Mars rover on June 5, 2020, the 2,784th Martian day, or sol, of the mission. Both planets appear as mere pinpoints of light owing to a combination of distance and dust in the air; they would normally look like bright stars.

A feature called Tower Butte is just visible at the bottom of the image, part of the clay-bearing region that Curiosity has been exploring since early 2019.