Curiosity Rover Finds and Examines a Meteorite on Mars 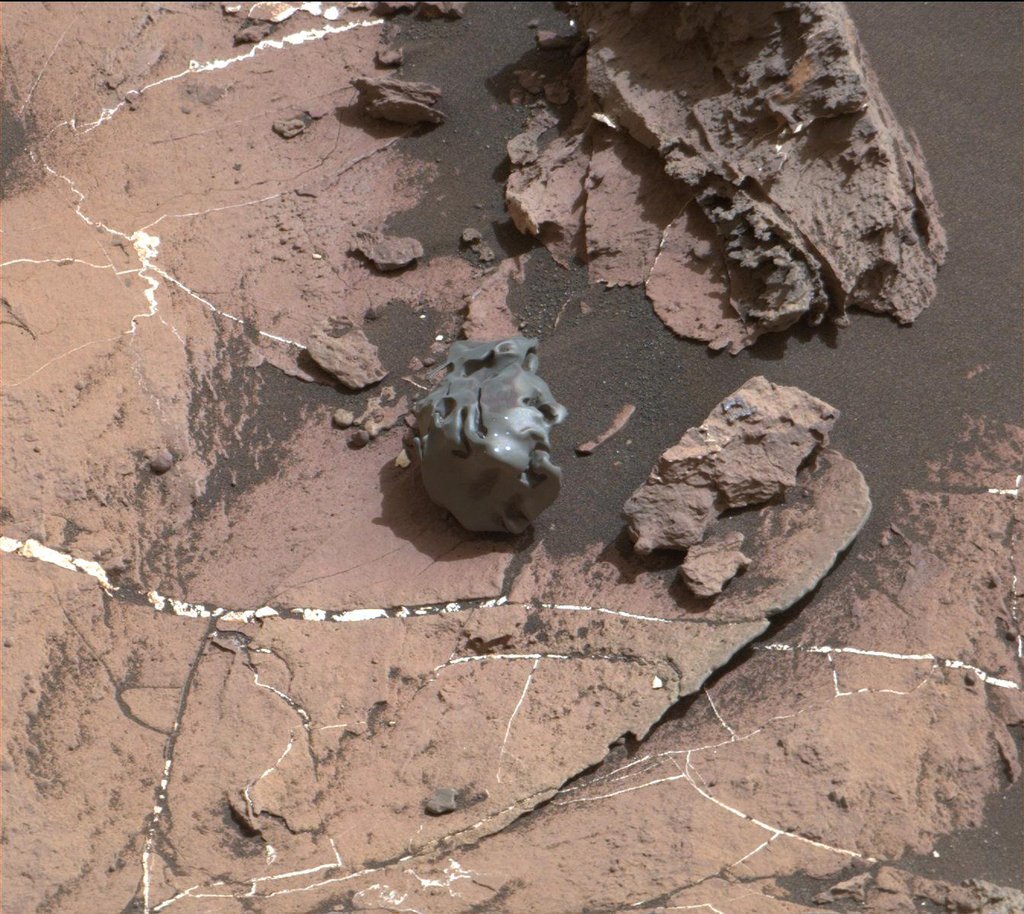 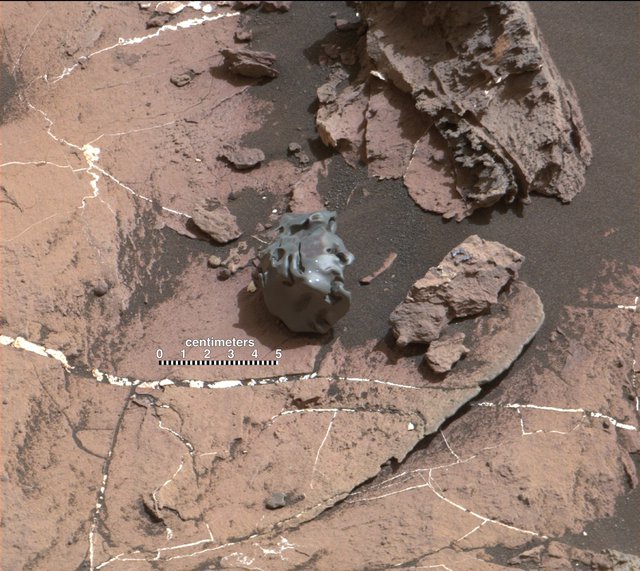 The dark, smooth-surfaced object at the center of this Oct. 30, 2016, image from the Mast Camera (Mastcam) on NASA's Curiosity Mars rover was examined with laser pulses and confirmed to be an iron-nickel meteorite.

The grid of shiny points visible on the object resulted from that laser zapping by Curiosity's Chemistry and Camera (ChemCam) instrument.

The meteorite is about the size of a golf ball. It is informally named "Egg Rock," for a site in Maine. Locations around Bar Harbor, Maine, are the naming theme for an area on Mars' Mount Sharp that Curiosity reached in October.

Iron-nickel meteorites are a common class of space rocks found on Earth, and previous examples have been found on Mars, but Egg Rock is the first on Mars to be examined with a laser-firing spectrometer.

The scene is presented with a color adjustment that approximates white balancing, to resemble how the rocks and sand would appear under daytime lighting conditions on Earth. Figure 1 includes a scale bar of 5 centimeters (about 2 inches).