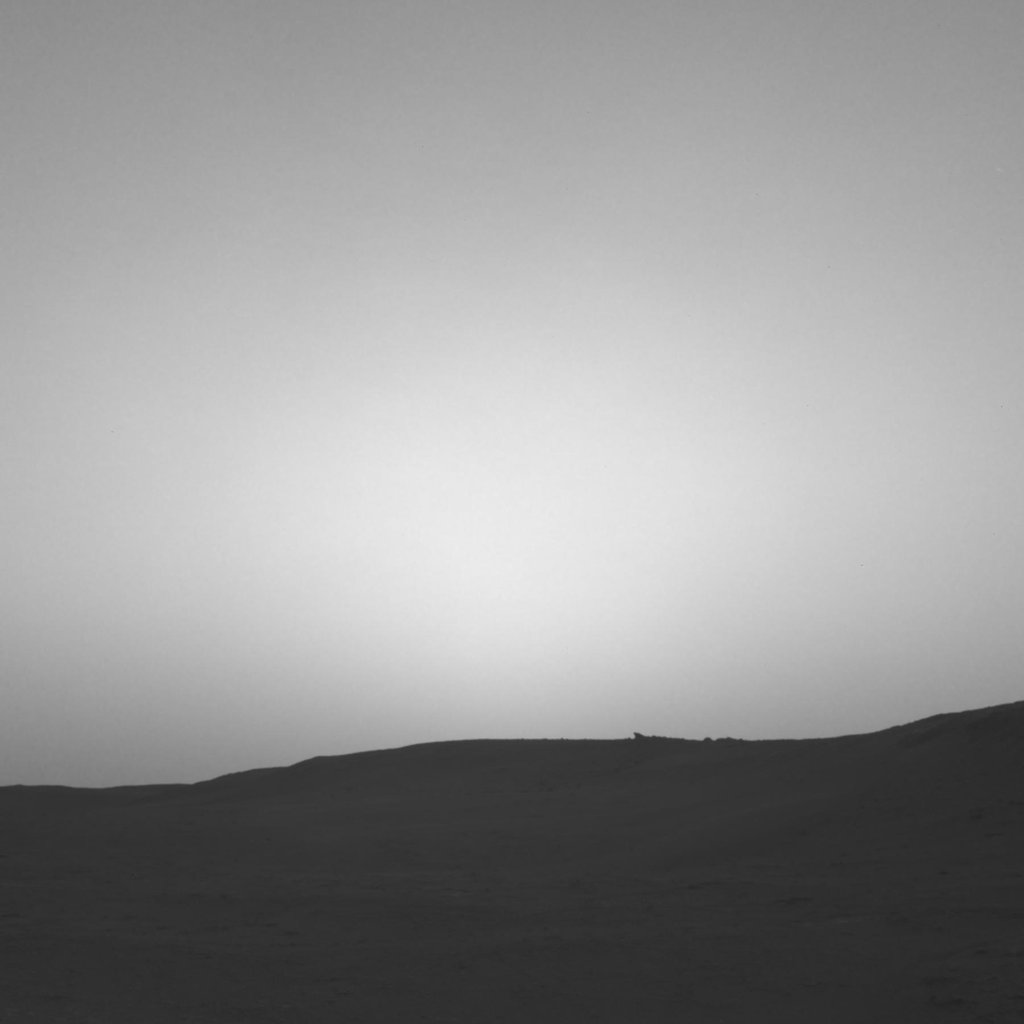 This series of images shows the shadow of Phobos as it sweeps over NASA's Curiosity Mars rover and darkens the sunlight on Monday, March 25, 2019 (the 2,358th sol, or Martian day, of the mission).

This image was taken by one of Curiosity's Navigation Cameras (Navcams). The sequence has been contrast-enhanced and sped up by a factor of four.

The image was taken after the Sun had descended behind the horizon, just as Phobos was rising and throwing its elongated shadow across the Martian surface. Dust particles in the atmosphere acted as a screen against which the shadow was projected.