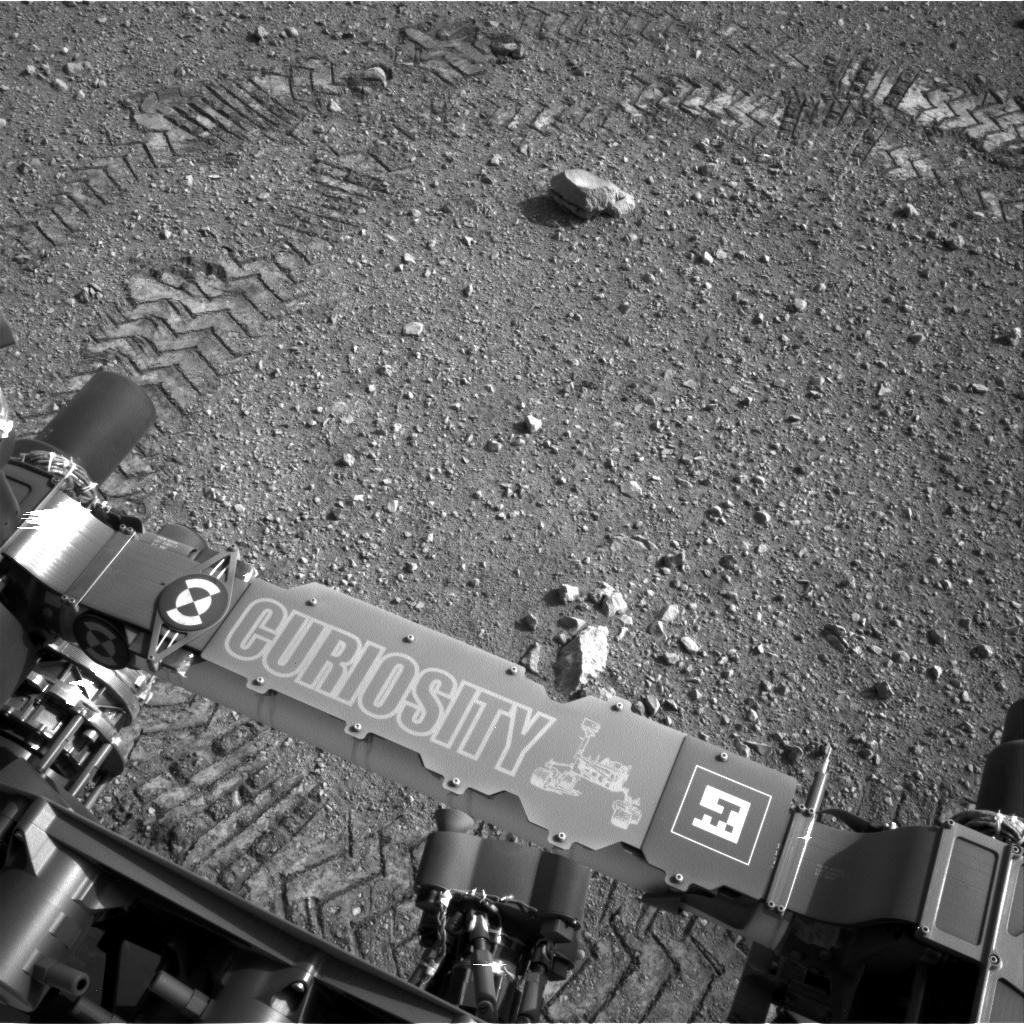 This image shows a close-up of track marks from the first test drive of NASA's Curiosity rover. The rover's arm is visible in the foreground. A close inspection of the tracks reveals a unique, repeating pattern: Morse code for JPL. This pattern, visible as straight bands across the zigzag track marks, can be used as a visual reference to help the rover drive accurately.

Curiosity's "visual odometry" software measures terrain features -- such as rocks, rock shadows and patterns in the rover tracks -- to determine the precise distance between drive steps. Knowing how far it has traveled is important for measuring any wheel slippage that may have occurred, for instance due to high slopes or sandy ground. Fine-grained terrains generally lack interesting features, so Curiosity can make its own features using its wheel tracks.