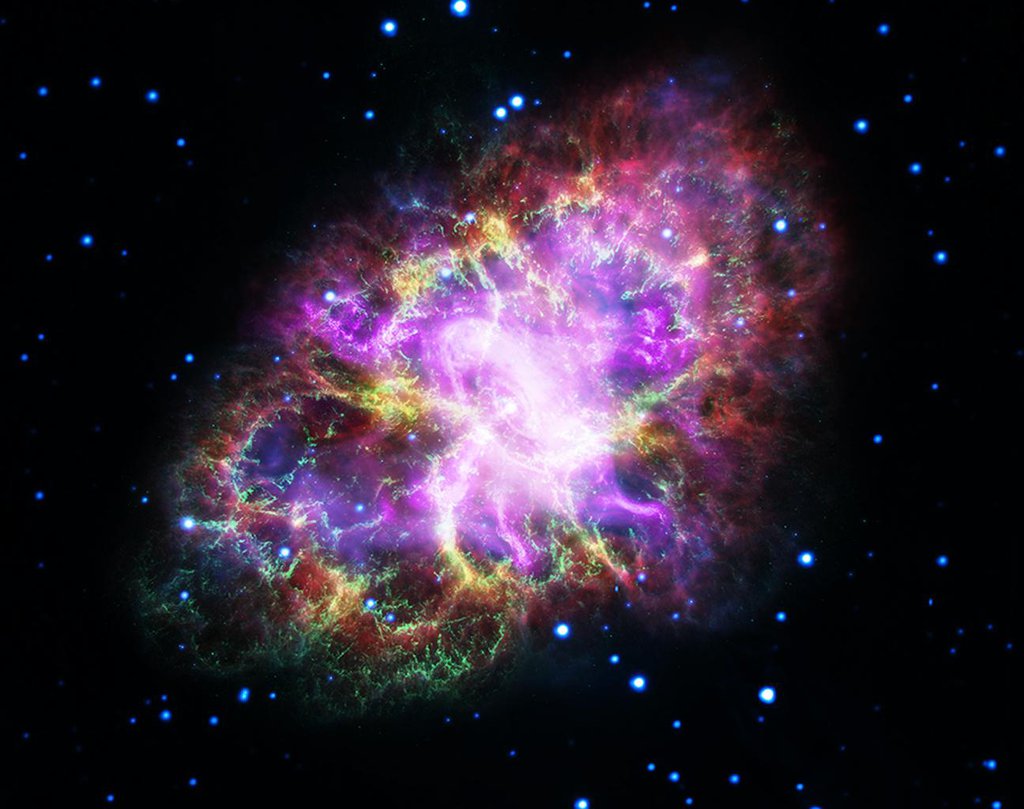 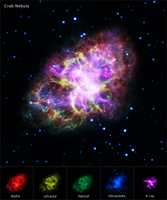 Crab Nebula
Click on an individual image for larger view

An animation can be viewed here

In the summer of the year 1054 AD, Chinese astronomers saw a new "guest star," that appeared six times brighter than Venus. So bright in fact, it could be seen during the daytime for several months.

This "guest star" was forgotten about until 700 years later with the advent of telescopes. Astronomers saw a tentacle-like nebula in the place of the vanished star and called it the Crab Nebula. Today we know it as the expanding gaseous remnant from a star that self-detonated as a supernova, briefly shining as brightly as 400 million suns. The explosion took place 6,500 light-years away. If the blast had instead happened 50 light-years away it would have irradiated Earth, wiping out most life forms.

In the late 1960s astronomers discovered the crushed heart of the doomed star, an ultra-dense neutron star that is a dynamo of intense magnetic field and radiation energizing the nebula. Astronomers therefore need to study the Crab Nebula across a broad range of electromagnetic radiation, from X-rays to radio waves.