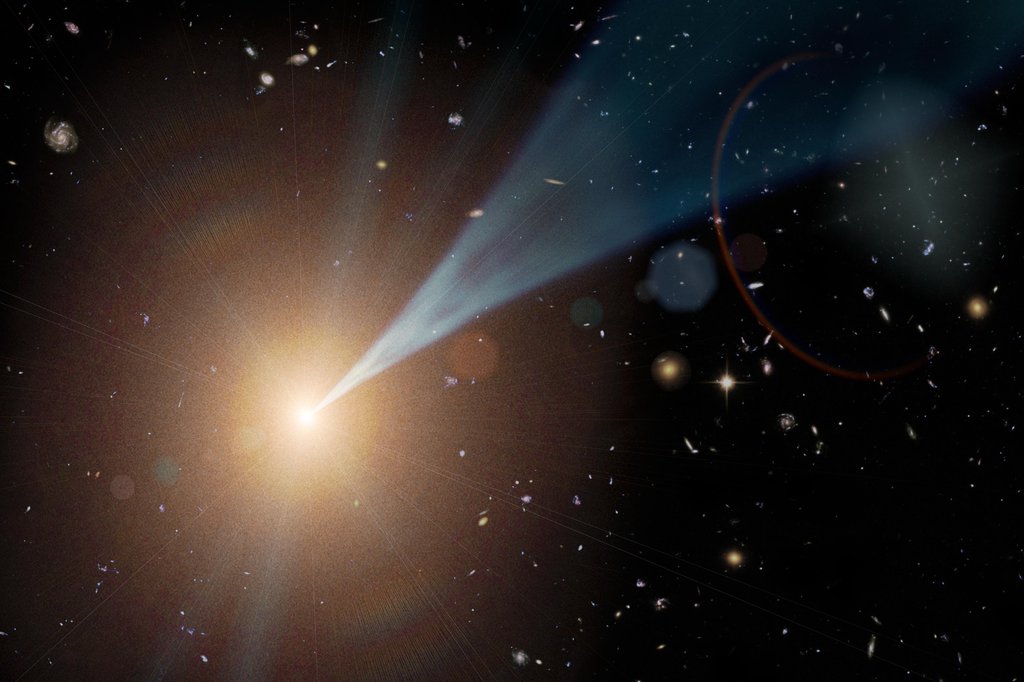 This artist's concept shows a "feeding," or active, supermassive black hole with a jet streaming outward at nearly the speed of light. Such active black holes are often found at the hearts of elliptical galaxies. Not all black holes have jets, but when they do, the jets can be pointed in any direction. If a jet happens to shine at Earth, the object is called a blazar.

Blazars are categorized differently than other active black holes with jets because they have unique properties when viewed by telescopes. They give off a full range of light, dominated by high-energy gamma rays. As particles in the jets are accelerated to almost the speed of light, they give off a specific infrared signature, which NASA's Wide-field Infrared Survey Explorer (WISE) can detect. Astronomers have taken advantage of this fact, and used the WISE all-sky catalog to uncover more than 200 new blazars so far.