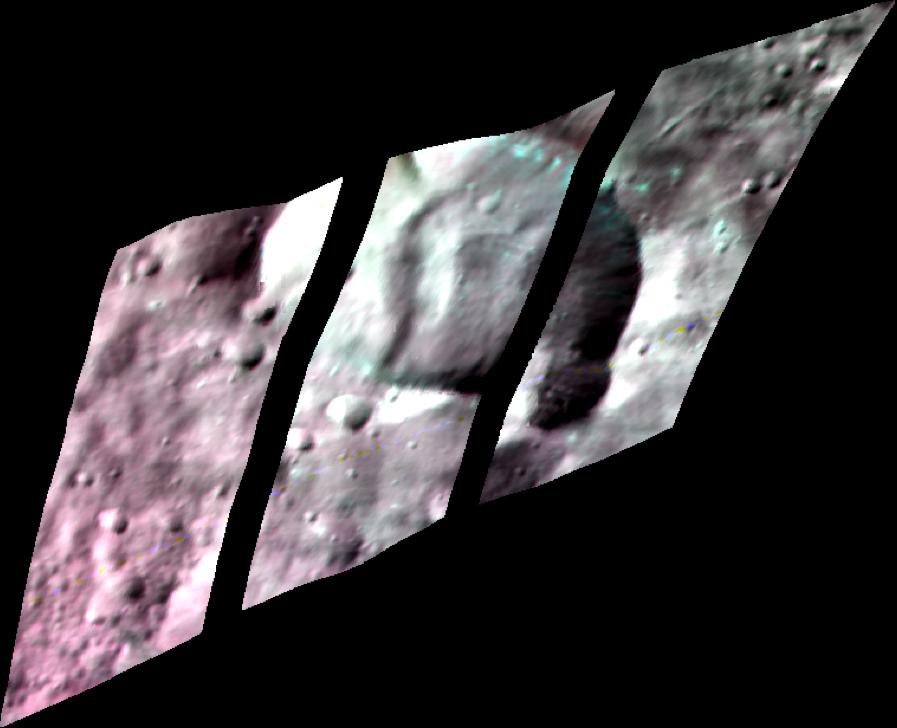 In this contrast-enhanced infrared image of Bellicia Crater on the giant asteroid Vesta, scientists from NASA's Dawn mission can see signs of the mineral olivine. Olivine was not expected to be found at Bellicia. Olivine is found on the crater walls, floor and ejecta.

Another version of this image can be found at PIA17476.

Scientists assigned red to the 1.25-micron range of the infrared radiation spectrum, green to the 1.93-micron range, and blue to the 1.64-micron range. Green areas show the purest olivine exposures.

The Dawn mission to Vesta and Ceres is managed by the Jet Propulsion Laboratory, for NASA's Science Mission Directorate, Washington, D.C. It is a project of the Discovery Program managed by NASA's Marshall Space Flight Center, Huntsville, Ala. UCLA is responsible for overall Dawn mission science. Orbital Sciences Corporation of Dulles, Va., designed and built the Dawn spacecraft. The visible and infrared mapping spectrometer was provided by the Italian Space Agency and is managed by Italy's National Institute for Astrophysics, Rome, in collaboration with Selex Galileo, where it was built.